In the cycling industry, Japanese bike component manufacturer Shimano commands outsized respect. With control of over 50% of the components market, their groupsets are easily the most popular around the world, gracing everything from WorldTour steeds to entry-level commuter bikes.

Amidst so many offerings, it can be hard to find a good starting point if you’re seeking a budget groupset. We’ve done the research for you and picked two — Shimano’s 105 and Sora groupsets— to help you decide which one is right for you.

The first and arguably most important distinction between Shimano 105 and Sora groupsets concerns their difference in gearing.

This two-speed difference is either a deal-breaker or unimportant — but that all depends on where and how you ride. An 11-speed has smaller size differences between cogs, helping to make your effort a little smoother and more efficient as you take on climbs where gearing really matters.

However, a 9-speed is more than adequate enough to deal with steep mountains and pitchless flatlands. It might not have the perfect gear for every grade, but it doesn’t lack options, either.

If you ride in a predominantly flat area, then the differences between 9 and 11-speed groupsets will be less noticeable. Nonetheless, 11-speed is the current standard, as it is a bit more flexible across variable terrain.

Both Sora and 105 shifters have integrated shift and brake levers with similar operation. Pull the lever back to brake, or swing the lever inwards (toward the frame) to shift. Another small button just behind the lever activates the opposite shift.

Shimano 105 shifters are ergonomically designed, making them light yet solid and grippy in the hand.

Switching gears is effortless, fairly precise, and gives off the satisfying sound of quality as you click between gears.

Sora shifters are not as refined as the 105, making them a little bulkier and more cumbersome to operate.

The shift is flawless but requires a bit more pull, ultimately feeling a little rougher.

A nice leg up that the Sora shifters do have, however, is their availability in a flat-bar configuration for gravel riders, mountain bikers, and city riders.

Cranksets for both grouppos feature similar styling, a four-arm crank attached to the chainrings, and slick finishes.

The 105 chainset is available in black and silver and has a glossy premium finish.

The 105’s chainset not only weighs less than the Sora chainset (752g vs. 953g), but also has a newly positioned inner ring to prevent cross-chaining.

Not to be outdone, the Sora gives you a triple chainset option (FC-R3030), whereas the 105 only exists as a double.

So, for those who want the extra gearing for really steep stuff, Sora is the way to go as Shimano has dropped triple chainsets from their higher-tier sets.

Both the 105 and the Sora front derailleurs are available in a polished silver design with models for both braze-on and clamp-band mounting.

The 105 front mech can accommodate double chainrings from 46-53 teeth.

The Sora version can accommodate both double and triple crankset designs.

The rear mechs of both groupsets come in black and are available in medium cage (GS) and short cage (SS) versions. Both groupsets sport medium cage configurations that accommodate rear cassettes up to 34 teeth.

That’s where similarities end, however. The 105 sports Shadow RD technology which provides a low profile design by bringing the pulleys under the mech itself. The new position reduces overall width and ensures stability — even during the toughest efforts.

Another notable difference is the short cage version of the Sora rear derailleur fits sprockets up to 32 teeth, while the 105 only fits 30.

Whether you want disc-brakes or calipers, Shimano has you covered with each groupset.

If calipers are your thing, then you’ll be happy to know that 105 brakes now have a dual-pivot design with options for directing mounting.

The 105 dual-pivot brakes are responsive, dependable, and more aero than previous iterations.

Sora’s calipers also got an upgrade and now have up to 20% more braking power than before.

They’re bang-for-your-buck calipers that offer excellent braking, but don’t expect the same snappiness and stopping power as the 105s.

Sora (R3000) groupsets can be purchased for about $350 with caliper brakes and $400 with mechanical disc-brakes.

Which Groupset Is Right For Me?

Over the years, Shimano trickles down its technology from ‘higher’ groupsets to ‘lower’ groupsets. This tech hand-me-down has gone on so long that groupset differences are minimal.

At one time, Sora was a forgettable groupset, but owing to trickled down Shimano upgrades, it is now an excellent option for those seeking budget quality. Ultimately, Sora has wide appeal among riders of many disciplines who don’t want to break the bank.

Shimano 105 is still considered the gold standard of groupsets because it hits the sweet spot between price and performance for casual and competitive racers alike. The 105 grouppo is loved for its sleek, lightweight, and sturdy components that give you room to grow as a cyclist without hitting you with Dura-Ace price levels.

Thinking of taking your cycling up a notch? Then Shimano 105 is probably for you. Seeking a budget groupset for your commuter bike, gravel bike, or performance without flash? Then consider the Sora groupset.

At the end of the day, you can’t go wrong with Shimano’s tried and true range of components. 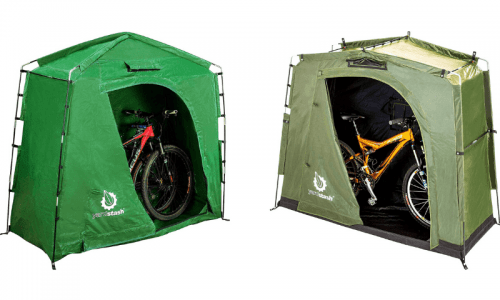 All About Outdoor Bicycle Storage Sheds 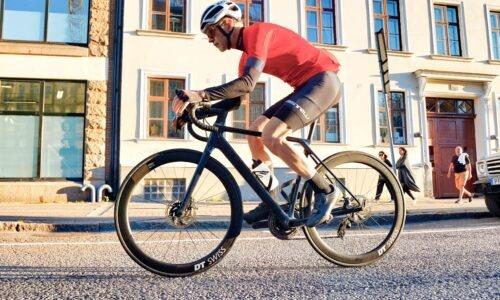 Why Are Road Bikes Faster Than Hybrids?