There are many reasons why gravel cycling is becoming one of the most popular cycling disciplines. In many ways it combines many of the best things cycling has to offer. It opens up possibilities for exploration on a bicycle without being limited by the type of terrain.

Bicycle manufacturers have responded to this burgeoning popularity of gravel by not only offering purpose-built gravel bikes in their product lineups, but offering more than one gravel bike option with various build options to suit the many kinds of riding within what came to be collectively known as “gravel cycling”, be that adventure, bikepacking, gravel racing, mixed-terrain riding, among others.

As popular as they have become, gravel bikes can often be rather polarizing. Many argue that with the relaxed geometries (compared to road bikes), wider tires, and wide-ratio drivetrains, gravel bikes have come to bear too much a resemblance to 1990s mountain bikes.

Perhaps the most controversial gravel bikes of all is those that come with flat bars. Flat handlebars are one of the components that differentiate, at least on first glance, mountain bikes form their road and gravel brethren.

It’s one thing to have massive tire clearance, or single chainring (1x) drivetrains with big cassettes, but a flat bar just means that the lines between gravel and mountain bikes have become too blurred!

It’s a compelling argument, the logic behind which is not unsound. Nevertheless, perhaps one thing that should be pointed out is that while – in many ways indeed – bikes have come full circle in that there are indeed many similarities between contemporary gravel bikes and vintage mountain bikes, the riding styles have evolved and variety is not a bad thing! 1990s mountain bikes were designed to be specifically ridden on trails. The riding purpose that gravel bikes are built for, generally speaking, a bit of everything.

With this in mind, we can understand that the natural evolution of the gravel bike market will include…a bit of everything, including flat bars! When it comes to bicycles, I am a firm believer that we should think more in terms of function and worry less about debating the banalities of form.

Now let’s have a look at some of the best flat bar gravel bikes on the market in 2022.

This flat bar gravel grinder from the Canadian manufacturer Norco comes with a lightweight alloy frame, internal cable routing, Shimano Deore 11 speed drivetrain. Norco even offers this bike with a suspension fork, albeit the suspension fork only comes on the drop bar version.

Kona actually makes a gravel line that has four different models, but no flat-bar option within its gravel section. If you’re in the market for a solid commuter that can easily pull double duty as a reliable gravel grinder, the Kona Dew Deluxe fits the bill.

Marin bills the DSX as a “mountain biker’s gravel bike”, and it certainly looks the part. The gusset at the seat tube/top tube junction is reminiscent of many modern hardtails, and the DSX frame just imparts a general impression of sturdiness. Marin offers the DSX in four spec sheets at various price points, all with the same alloy frame and varieties of 1x drivetrain.

State Bicycle makes basic yet affordable bikes. The 4130 won’t win any spec sheet competitions, and being a chromoly frame it’s on the heavy side, but it’s an inexpensive gateway to the world of flat bar gravel riding with many must-have features: strong steel frame, good tire clearance, thru axle dropouts and accessory mounts.

This is a unique bike on this list in that it features a 12-speed Pinion gearbox. The appeal of the gearbox system, beyond its massive 600% range, is that it is a completely sealed unit. No derailleurs hanging in harm’s way and you can ride year-round without the accumulation of grit contaminants causing your drivetrain to die a quick death.

Another affordable option is the Poseidon Flatbar X. Nothing impressive on the spec sheet, but it comes with the Microshift Advent X which is actually a prety good alternative to Shimano and SRAM drivetrains.

Another urban bike that would make a great flat bar gravel bike is the All-City Macho Man. The steel frame has clean, classic lines and it comes with a sensible build with SRAM Apex on drivetrain duty.

While I am an avowed drop bar traditionalist when it comes to gravel bikes,  there are several very good reasons why you should consider a flat bar gravel bike.

Drops are not for everyone

If you have never owned a drop bar bike before, there is a bit of getting used to period. However, some people never actually get used to drop bars or want the multiple hand positions afforded by drop bars. If you are one of those people, limit your search to a gravel bike with a flat bar build.

Generally speaking, gravel bikes have a more upright riding positions than road bikes. There is a limit to how upright that position can be with drop bars.

One could argue that the rider is the main handling bottleneck, not the handlebar, but there is a reason mountain bikes have evolved to use flat bars: they just offer better leverage and inspire more confidence in handling on loose, technical or otherwise rough terrain compared to flat bar. If you have rowdy intentions for your gravel bike rides, strongly consider a flat bar.

Sure, there is all manner of mechanical hacks that can be used to run “mullet” drivetrains on gravel bikes (using mtb derailleurs with drop bar shifters), but the easiest way to run a modern wide-ratio mountain bike drivetrain on a gravel bike frame is to just use a flat bar.

Things to keep in mind

If you’re squarely in the flat bar camp, it’s best to buy a bike with a flat bar specific geometry.

If you think you might be drop bar curious at some point, then a bike with drop bar geometry might open up such options when the time comes. Keep in mind that minor riding position tweaks can be achieved by using different stem lengths and seat posts (e.g. setback vs inline).

Don’t limit your search within the “flat bar gravel” category on manufacturer websites.

There are certainly several similarities , but it would be a stretch to claim they’re the same thing. Are they glorified commuter/urban bikes? Maybe, but who would say that this would be a bad thing?

If you know anything about the history of mountain bikes, you will recall the early mountain bikes were not called mountain bikes at all! They were beach cruisers on steroids or modified road bikes, until this then-new discipline of cycling became more established.

The cycling industry certainly is often overenthusiastic with hyper-segmenting bikes, but beyond the resulting, often confusing, categorization debates I for one think that it’s a good thing that the menu of choices available to cycling consumers is now more diverse than ever.

Whether you’re a diehard drop bar adherent or like the comfort and control offered by flat bars, it’s a great time to be a cyclist (if we choose to ignore the current annoying bikes and  components shortage!). 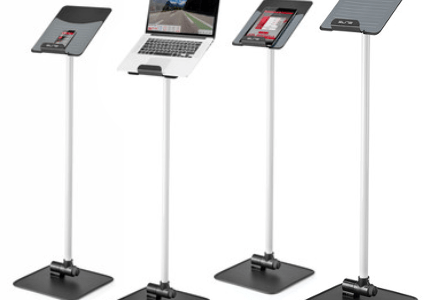 WHAT IS AN ELITE POSÀ & WHY YOU NEED ONE 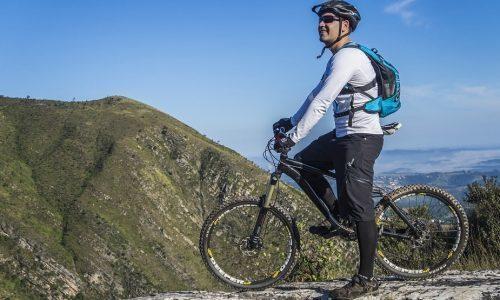