When it comes to mountain biking components, Shimano is a pretty big name. They were some of the first to embrace the mountain biking movement in the ’90s and offer dedicated components that stood up to the demands of the sport.

Now, more than ever, people are taking mountain biking quite seriously, and there are a lot of different products on the market.

When it comes to Shimano, they have a couple of different offerings and it can be quite confusing to figure out what you need. Keep reading as we break down their different lines and who they are for.

First, we have the Shimano Deore XT. This was Shimano’s original mountain biking component line. Generations of riders have used Shimano’s Deore XT, and it performs well.

There are two different series within the Deore XT line- the M8100 series and the M8050 series. The difference between these two is that the M8100 is your traditional mechanical components, while the M8050 are Shimano’s Di2 components.

For those of you who are unaware, Shimano’s Di2 components are electronically controlled. Instead of having a cable-actuated derailleur, these actually have a small wire to provide it power, and when you shift a little tiny motor moves the derailleur. The benefits of this system are that the shifting is extremely crisp, even when you are riding uphill.

Because the motor moves the derailleur so fast and there isn’t a cable moving the derailleur, the shifts happen extremely quickly and with no lag. The only downside to the Di2 components is that they tend to cost quite a bit more than their traditional brethren.

The XT line is meant to be Shimano’s tough, reliable, workhorse component line. The XT components will take a beating and still keep working just as well as they did when you rolled out of the shop.

This makes them an excellent choice for the mountain biking enthusiast who loves to get out on rides whenever they can.

They also are great for lower-priced racing builds, since you are still going to get great functionality from them, but can save some money compared to the XTRs, which we will talk about next.

The downside to the XTR components is that they cost more than the XT and SLX lines, and some people question their durability because of their lightweight construction.

If you are a serious racer or somebody who really wants their bike to be decked out with the nicest components, then the XTR is for you.

If you don’t fit into either of those two molds, then you are probably better off with the XT line, or the SLX which we will talk about next.

The Shimano SLX components are based on the XT line but are designed in a way that allows them to be manufactured cheaper and, thus, sold at a lower price point. It would be wrong to call these components “budget” components because they still work quite well, but essentially, that is what they are.

The target audience of Shimano’s SLX components are going to be riders who aren’t hitting the trails more than a dozen times a year or so, or maybe you have a mountain bike that you enjoy riding around town and don’t really like trail riding that much anyways.

If this describes your type of riding, then it would be smart to get the SLX components due to the fact that you are going to save some money and get a time-tested tech that has trickled down from the XT line.

Which groupset should you choose?

If you are racing every weekend and traveling all over, you probably are going to be disappointed if you fit your bike with SLX from head to toe, because you weren’t the target consumer for that line.

On the same note, you might find yourself disappointed if you are a casual rider who commutes to work and rides off-road half a dozen times a year after shelling out the cash to outfit your bike in all of the best components from the XTR line.

Ultimately, what it comes down to is what you can afford and what type of riding you plan on doing. However, we can offer some suggestions if you are building a bike or looking to upgrade.

If you don’t have the money to buy the full groupset, or maybe you just don’t want to spend it, then consider which components get used the most and splurge on those.

For example, you probably aren’t going to see a ton of benefit when you upgrade to an XTR front derailleur, just because it doesn’t get used as often as some other components.

So instead of dropping the cash on the fancy front derailleur, take that money and outfit your bikes with brakes from one of the higher-end lines like the XT or even XTR.

Another way you can save some money while still upgrading your bike is by upgrading the shifters as opposed to the derailleurs. Obviously, if you could upgrade both, that would be the best option.

But if you find yourself deciding between the two, keep in mind that the higher-end shifters often can shift smoother, have better indexing, and can up-shift more gears in one push of the lever than the lower-end shifters.

This could have a more dramatic effect on your riding than upgrading the shifter itself.

Well, there you have it- Shimano’s mountain biking component lines demystified. We hope that you found this article informative and have a better idea of what kind of components you should have your eyes on when buying a new bike, building up a frame, or considering some upgrades for your current bike.

One thing to remember is that no matter what kind of components you have, a bad day of mountain biking is better than a good day at the office. Have fun, ride hard, and stay safe out there! 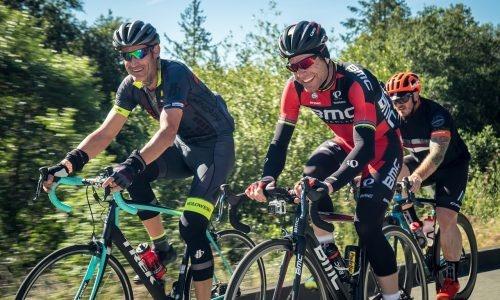 How To Make Your Road Bike More Comfortable 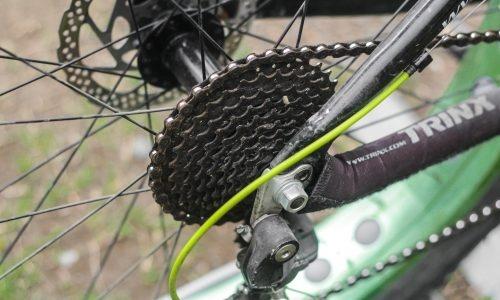 Bike Chain Lube Alternatives: What Can You And Shouldn’t You Use