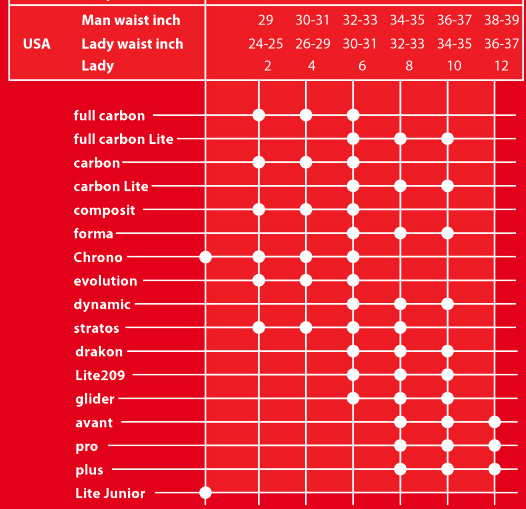 Each of these different padding thicknesses equate to a different saddle model as can be seen with the three models tested.

This also means that each SELLE SMP might have more or less curvature depending on the amount and location that the padding is placed.

BENEFITS of SELLE SMP – The unique shape of the Selle SMP saddles take into account different riding positions by cyclists, regardless of being male or female. Selle SMP’s sole purpose is to design a saddle which has the least impact to the compression of the pelvic floor and, at the same time increase blood flow to the leg muscles. Selle SMP saddles offer the following benefits; 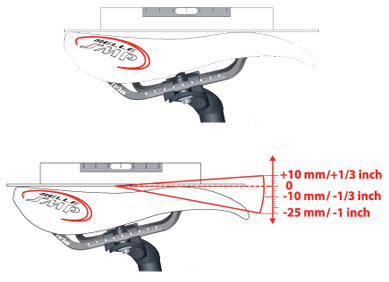 In picking the right saddle for me, I referred to the red saddle chart and looked at all saddles that were rated ‘Large’. FORMA, DYNAMIC and LITE209 are among the most popular and are essentially the same saddle with varying degrees of padding.

HOW TO SET UP THE SELLE SMP Forma SADDLE

Selle SMPs are a little more difficult to setup and it will probably take you at least a half dozen rides to get it adjusted correctly so that it is comfortable. Here is the process that I successfully used.

HOW DOES IT RIDE?

After speaking with Albabici on the setup, I was told that with the Selle SMP’s you need to sit back a little further (hence why I moved the saddle a little forward) so that the sit bones are towards the top rear which opens up the trough for the genitals.

I did had varying results from the 3 saddles tested. The most comfortable, which was also the most surprising, was the FORMA. Next in line was the Lite209 and lastly, the Dynamic. Not sure why this was, but I would have guessed Lite209, then Dynamic, then FORMA. All 3 Selle SMP saddles rode and felt similar, or at least I could tell that I was not riding a traditional saddle. By far, the most comfortable Selle SMP for my body type and riding style was the FORMA. I was really surprised and impressed how comfortable this saddle was for me. I did a 40 miler on Tuesday and a 60 miler on Wednesday and now on Thursday, there is no soreness. not even in the slightest. Even while riding, you cannot tell that there is absolutely no padding. This is an extremely well designed and comfortable saddle. This saddle does it all well. While climbing, the large lip on the rear gives ample surface area to push back on. When riding the drops, you have enough wiggle room to move to find the sweet spot.

WHERE I FELT PRESSURE AND WHERE I DIDN’T

With the FORMA, there was no single pressure point. All of my weight was correctly distributed onto the saddle so there was absolutely no soreness or numbness. With the Lite209, there was a little too much padding for me, but it was still comfortable. Since there was more padding in the rear than the front, I tended to slide forward a little too much. Popping the nose up a degree started causing a little numbness so I endured pushing myself back every mile or so. The Dynamic should have been comfortable but even configuring it like the FORMA, I couldn’t get it right. Out of these 3 saddles, the Dynamic was the most uncomfortable. Because it is so close to the FORMA, I am guessing that it needed more adjusting, so I will attribute this to my fault, not the saddles.

The saddles cleared my hamstrings and inner thighs as there was no sensation of rubbing against the side of the saddle(s). The profile arch is perfect and there is no rubbing from your legs onto the side of the saddle. The cutout is transitioned smoothly so there are no high points which equates to pressure points.

All 3 saddles are extremely well built, well engineered,  and very high quality, and the FORMA is very very comfortable. Selle SMP did their ergonomic homework which was substantiated by  the Urologists Dr’s G.Breda, N.Piazza, and V.Bernardi, article in the Journal of Sexual Medicine – Volume 2, Issue 5, September 2005, pages 605-611 and Dr F.Sommer, I.Goldstein, and J.Korda, Volume 7, Issue 7, July 2010, pages 2346-2358 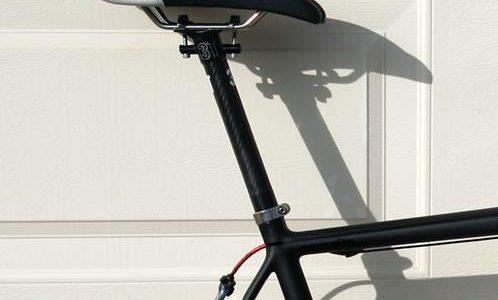 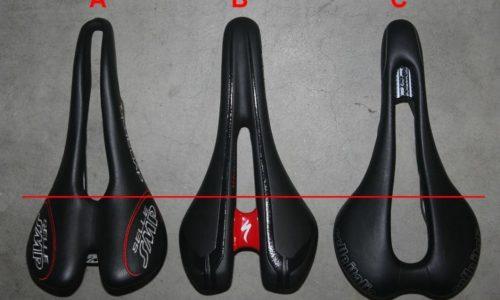