Garmin seems to (mostly) get it right with GPS cycling computers

The case against too many devices 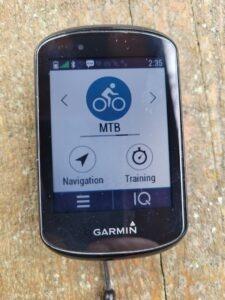 Being a multi-discipline cyclist with an affinity for the off-road flavors of riding, some of my favorite kinds of rides are the ones I explore new routes and trails on, often without a pre-determined destination.

By nature of these rides, of my most critical pieces of gear is some type of a navigation device. On multi-day rides and especially those with ections in the backcountry, navigational duties are almost always handled by either a handheld GPS with a handlebar mount or smartphone (with an additional battery pack).

A dedicated GPS bike computer always takes care of ride-logging as well as displaying metrics of speed, distance, ride time, heart rate, etc. That’s a lot of electronics on the handlebar and/or in the pocket or backpack, and too many (relatively) fragile devices prone to damage in the event of a fall or crash, the likelihood of which increases on off-road rides.

Shortly after the release of the Garmin Edge 830 in 2019 I acquired a unit with the motivation of slimming down the number of devices I carry on any given ride, especially rides where I must have a reliable navigational device.

Garmin’s promise of better navigational features and the integration with useful mapping and route-planning apps like Trailforks, Ride with GPS and Strava was promising in theory, but I was sceptical.

So far, my experience with cycling GPS units that promised much more than data-logging and head unit functions has been rather disappointing, especially when it comes to navigation features.

Almost two and a half years with the Edge 830, though, I now find myself pretty confident in the direction the technology is headed. Here is a navigation-focused long-term review of the Garmin Edge 830. 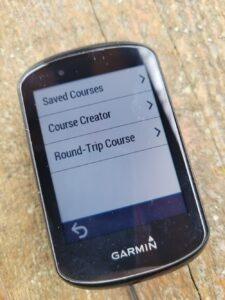 Garmin seems to (mostly) get it right with GPS cycling computers

First off, I have to admit I am a fan of Garmin. Their devices have never been perfect, but they always present a solid set of features in fairly reliable hardware, and they seem to have a product development cycle that significantly improves upon the devices from one generation to the next.

The software end is also never without its issues, but there is nothing that currently comes close to their ConnectIQ platform when it comes to offering a rich complement of apps and expanded functionality to their range of sports GPS devices.

Prior to the Edge 830 I’ve owned the Edge 520 and 820, and these devices were very good but left much to be desired in terms of touch screen responsiveness, navigation features and battery life. It is in those three areas that I noticed the most striking improvements when I first started using the Edge 830.

The user interface seems more intuitive than previous generation devices, and the touchscreen responsiveness has much improved. It was nice to be able to navigate the menu system with ease, with cycling gloves on, while riding without having to take my eyes off the road for more than a couple of seconds.

One thing Garmin excels at refining is making a rather smooth and simple user experience, and this shows in the Edge 830’s software. That said, the menu system, while fairly straightforward to use, can still use further improvement. You can often find yourself three or four layers deep in the menu system before you are able to change a single setting. The display is 2.6″ (which is a 13% increase from the 820).

Personally, I find this display size to be more than adequate for cycling compared to, say, my Garmin Fenix, which is great wearable GPS in its own right, but the screen can be too hard to read at a glance while riding (if you need a larger display, Garmin offers the larger Edge 1030). Brightness and contracts while riding in bright sunlight conditions are more than satisfactory.

There are three buttons: two on the lower rear edge which are the start/stop and lap buttons, with the third being the power button located on the left side of the unit. The 830 boots up in a little over 10 seconds and takes only a few seconds more to locate satellites and pair with my speed and cadence sensors.

Now, I won’t dedicate too many words here to reviewing the full feature set of the Edge 830. There are many other articles on the Internet that have already done a fairly good deep dive into the hardware, software and training features of the device.

What I would like to specifically comment on, though, is a few features that I have found most relevant and useful – if not without fault – for my own riding scenarios (i.e. long, off-road gravel or mountain bike rides). 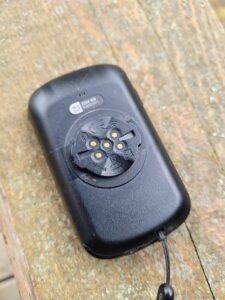 Turn-by-turn navigation works exceptionally well on the Edge 830, with just-in-time on-screen and audible cues. However, often riding off-road, this is not what I often use. If you rely on Garmin’s smart routing features, navigating using pre-set routes that I uploaded to my Edge 830 was not as reliable as I would like it to be, so I often resorted to the usual breadcrumb or static map navigation mode.

If you have the right maps and are fairly competent with drawing your own routes off-device then pushing them to the unit to navigate, that seems to work pretty well. If you don’t have access to a computer to make a clean and correct GPS route file, the Edge 830 has a neat feature that allows you to create a route on-the-fly using the Garmin Connect smartphone app.

This feature is easy to use, but it’s still rather clunky. The Edge 830 gives you multiple options for the in-app routes, such as ride type and the type of terrain (road/unpaved/mountain bike).

Theoretically, this feature has much promise when it comes to quickly mapping out exploration rides for new routes, but Garmin’s Popularity Routing doesn’t often result in very accurate route plans.

The algorithmic magic that the device uses to create routes on the fly is still rather hit-or-miss, even if it far exceeds what used to be possible on older devices without connecting the unit to a computer and manually uploading routes.

If you want a reliable GPS route, it is still best to use your computer to draw the route, then upload it to the unit using Garmin Connect.

I found this feature to, on rare occasions, accidentally trigger especially if I brake hard and come to a sudden stop (without crashing!), but it conveniently gives you a few seconds to cancel the notification.

Th Garmin Edge 830 offers an impressively robust set of features, some more polished than others. There is no doubt that it is currently the leader of its category in the cycling GPS units on the market, offering features functionality beyond any direct competitors.

The hardware has the usual Garmin quality with a right and easy to read color display and a responsive touchscreen. GPS accuracy is also improved over previous generations.

Mapping and navigation features received significant improvements over the Edge 820, and I now rely on the Edge’s 830 Trailforks integration on most of my mountain bike rides, the exception being multi-day rides where I bring along a dedicated mapping device that offers a more reliable mapping experience for off-road route finding.

That being said, the technology is so close to offering a level of navigation reliability to allow us to confidently ditch supplementary devices or maps. 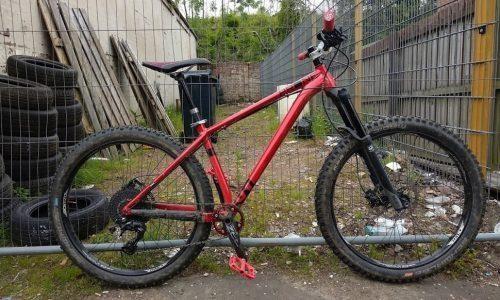 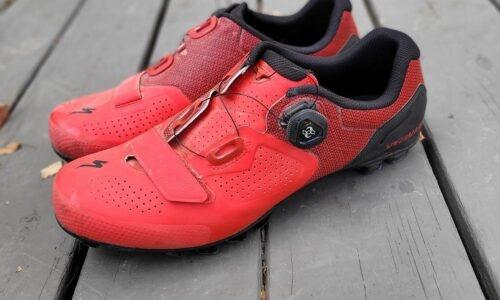