We can’t recommend the SRAM Omniums enough- if you can afford them, that is.

When it comes to singlespeed and fixed gear cranksets, most people will agree that the SRAM Omnium cranks are some of the best out there on the market. But do they really live up to the hype?

And the price tag? After an in-depth testing period of almost two years putting them through everything we could imagine, we think we have reached the verdict.

Before we get too deep, let’s take a step back and make sure everyone is on the same page. The SRAM Omnium crankset is SRAM’s premium track crankset. They are supposed to be the stiffest cranks that you can get your hands on, which makes them quite popular with fixed gear riders and racers, and singlespeed enthusiasts looking for an absolutely bombproof crankset.

They are constructed out of 7050-T6 aluminum, which is the strongest and also the stiffest alloy they SRAM has.

The chainring is a 5mm 7075 48t chainring that is compatible with ½” chains only. SRAM also says that the Omniums were the first external bearing track cranks in the world, which is pretty cool.

It is easy to see why they are so hyped up online. The are definitely not the cheapest, but the also come with the bottom bracket.

Are they worth the price?

So that brings us to the question- are they worth the $$? The answer- it depends. If you are a serious fixed gear rider, you probably will see the benefit in them for sure. When you are doing a skid-stop they definitely feel nicer than your average $100 or $125 crankset.

You will notice that they feel a lot more solid under acceleration too, but only if you have a pretty stiff frame. If your bike is not particularly stiff, maybe it is one of those hi-ten steel frames, then you might not be able to feel the difference.


If you are primarily a singlespeed rider, and don’t dabble in fixed riding, then you might find the extra cash better spent elsewhere on your bike.

If it came down to having these cranks or spending some extra money on better brakes or brake levers, you would most likely see a better return on investment upgrading the brakes. You just don’t feel that much of a difference on a singlespeed since you aren’t doing any skid-stops.

One thing is for certain though, these cranks definitely up the street-cred level of your bike. People love riding, and other riders love to see them.

So, if you are the type of rider who likes to have the latest and greatest, and you want to be the coolest cat on the streets, then by all means you should get the Omniums.

Or, if you don’t really care about money and you have only read this far because you wanted to know if they’re a good choice, the answer is yes! They’re definitely very nice cranks that anybody would be happy with, it ultimately boils down to whether or not you want to pay that much for cranks.

Now that we have talked about our overall impression with the SRAM Omniums, let’s get down into the nitty gritty specifics.

These cranks definitely get an A+ in this category. They are machined very nicely and have a durable black finish all around. The chainring is a track chainring, which means it is made to higher standards than a standard chainring due to it’s intended use on fixed gear track bikes.

The chainring is hefty and durable, and even after 2 years has shown very little wear. All the threads came quite clean from the factory, which is nice, with no paint inside of them whatsoever.

SRAM’s GXP bottom bracket is pretty sweet but can be a little challenging to install without any play. You really need to put some force into it when you are tightening the bottom bracket in, or otherwise the cranks will have a bit of side-to-side slop.

Don’t settle for good enough here, make sure you get them installed properly, otherwise you are just going to accelerate the wear on the bearings.

SRAM has knocked it out of the park in regard to durability with the Omniums. These bad boys are bombproof. They are perfectly at home on a street bike, a race bike in the velodrome, or even a hardcore singlespeed cyclocross bike.

If you planned on using them for cyclocross, be aware that die to the 144mm BCD, you will not be able to find very many low tooth-count chainrings. (Note- you could always use a bigger cog if you are trying to get a lower gear ratio and don’t mind having the extra weight from all those chain links needed to run something like 48-22 or 48-24).

We have used these for commuting, messengering, and even some bikepacking, and they really have held up tremendously to all the abuse we could dish out.

Well, as we mentioned before, the Omniums are a high-performance crankset, and they ride like it. Super smooth pedaling, zero flex under hard acceleration or skidding, and a perfectly straight chainline. What more could you ask for in a fixed gear crankset?

SRAM Omnium vs other cranksets

So, Omniums are great. Got it. What if you aren’t so sure that you want to spend that much on a crankset, but still want to upgrade your current cranks? Are you out of luck, stuck high and dry in the land of mediocre cranks with cheap bottom brackets and 175mm crank arms? Nope, you’re not.

There are some competitors out there that are also making some decent cranksets targeted at the track, fixed gear, and singlespeed crowd. Before we close this article out, let’s talk about a few of them briefly.

The All-City 612 is a popular recommendation for people who are looking to upgrade to a midrange crankset. With a CNC-machined 144mm BCD 46t 1/8” chainring and 165mm or 170mm crank arm length options, this is a solid choice for anybody looking to step their crank game up.

These cranks run on your standard square-taper JIS spindle, which leaves a lot of options when it comes to your bottom bracket. Black or silver finish options are available.

The Conquer Elite RXL is another external bearing crankset, just like the SRAM Omniums. These cranks are made out of 7075 aluminum, and also have a 7075 1/8” chainring with a 144mm BCD as well.

The graphics on these cranks can be a little flashy for some but are by no-means gaudy. Conquer designed and tested this crankset in California, which is pretty cool as well for those of you reading this who are from the Golden State.

The SRAM S300 Courier crankset is an awesome midrange crankset to upgrade your singlespeed or fixed gear. It sells for much less, practically half the price of the Omniums. The crank arms are forged out of 6061 aluminum, and the 3/32” chainring is made out of 7075.

Note that just because this chainring is only 3/32” does not mean you can’t use it with 1/8” chains. That will work just fine, but you need to make sure that you also have a 3/32” cog or cassette if you are actually trying to run a 3/32” chain.

If you just want to run the standard 1/8” chain like most singlespeeds, fixed gears, and BMX bikes have, that will work just fine on this crankset.

Okay, these cranks don’t cost less than the SRAM Omniums. But many people find themselves trying to choose between Omniums and 75s. The differences include the fact that the Sugino 75s are made in Japan and are not external bearing cranks.

Are they better than the SRAM Omniums? Well, that is a pretty tough question. Both are very high-quality, constructed out of some of the nicest metal alloys, and the fit and finish is top notch.

But we would have a hard time saying they are better, especially given the fact that they cost almost $100 more than the SRAM Omniums, which in most people’s opinion are already pretty expensive. Our verdict? Save the extra $100 and get the Omniums instead, unless you really want to have NJS cranks.

Well, there you have it. We hope that you found this review to be informative and helpful in your quest to learn more about some of the better cranksets out there for singlespeed and fixed gear bikes. We can’t recommend the SRAM Omniums enough- if you can afford them, that is.


If the price is what’s hurting you the most about them, hopefully some of the other suggestions we threw out get you set off on the right foot. There are other cranksets out there that also would be great, so don’t discount one just because it didn’t make our list.

There are a lot of awesome Japanese “NJS” cranksets out there that would be fantastic as well, and we could write a much longer article about NJS cranks, but we decided to keep this one short and sweet.

There is plenty of research out there already regarding NJS cranks, so if that is something that interests you just take a look online and you will find a plethora of information. Until next time, have fun, ride safe, and keep the shiny side up! 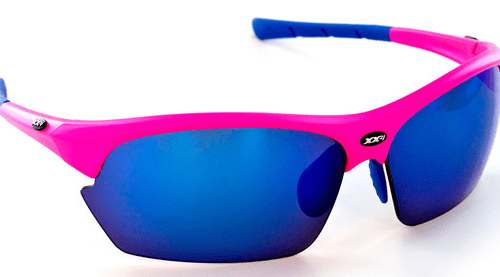 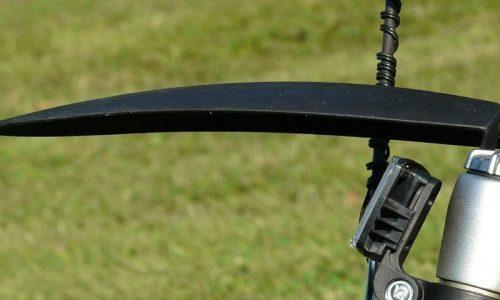