Home
Articles
Can You Compare Steel to Carbon?

Which is Better, Steel or Carbon Fiber?

You hear it all of the time – One camp says ‘Steel Is Real’, the other camp ‘You wouldn’t say that if you have ever ridden a Carbon Frame’. I’ve been thinking about this question and there are too many variables to gain any useful conclusion.

Steel bikes – In the ’80’s and ’90’s there used to be many different varieties of steel, each tuned for a particular type of riding. To name a few, Columbus, Tange, Reynolds had several models available – from very high performance and high performance to medium performance and general production. Couple this with the quality of the brazing, whether by the hand of a high quality craftsman or via assembly line – two frames could have a complete different feel.

Other variables are the components – especially wheels, as well as the rider – a novice will report complete different results than a seasoned pro on the same frame. Another factor is miles. Steel fatigues and goes ‘dead’ after some length of time depending on how hard you ride it, what type of riding, rider weight, etc.

Carbon bikes share a lot of these same variables except for fatigue. Carbon has the advantage of being able to be formed to into account where the stresses are in the frame. Carbon can be added or not added to provide the best ride qualities.

And I think frame designers are finally starting to understand this. (Note: it is my belief that in general, frames are still designed by an industrial designer, then given to an engineer to make it work. Very few companies actually have engineers design their frames).

Take Cervelo as an example. They are one of the few companies that use engineers to design their frames. Prior to the R5ca, they took one of their existing road bikes and placed strain gauges all over it. Had every one ride it in every type of scenario.

Fast forward to 2014, where other manufacturers are now starting to figure this out.

What I’m trying to say is this…take 2 top level carbon pro-frames and ride them hard in the hills. No two will ride or feel the same. So, it is very difficult to not only compare carbon to carbon but even more difficult to compare steel to carbon…too many variables. 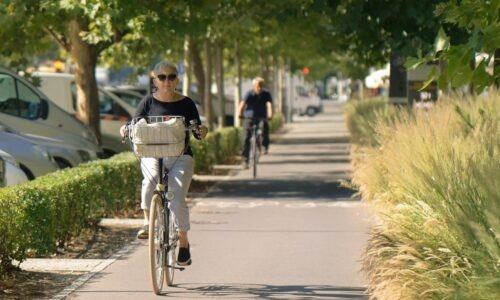