Surly didn’t try to build this bike to be the fastest fat tire bike you’ve ever seen, and that’s alright. I am sure there are people out there who think this sounds perfect. To me, I just would prefer the bike to feel a little livelier, especially when you are hitting the trails with it instead of your normal mountain bike.

With winter just around the corner, a lot of you are probably thinking about getting a fat tire bike.

Maybe you have been eyeing them up, and seeing them all over town, but maybe you haven’t really seen them or heard of them too much.

No matter which category you lean towards, one thing is for certain- Surly makes a fat tire bike for you.

As one of the original fat tire bike makers, most everybody would agree that Surly really played a big role in making fat tire bikes as popular as they are now.

They make everything from your everyday fat tire bike all the way to a fat tire cargo bike if that is more your style.

Before we dive into the review, let’s talk a little bit about what a fat tire bike is, what it is for, and what it is not for.

A fat tire bike is a bike that has 3.5” or wider tires, generally they are 4 or 5” wide. They run at very low pressures due to their large air capacity, and generally the tires on these bikes have some pretty gnarly looking tread.

They usually do not have very big gear ratios because the resistance is a lot more than a normal bike, and you generally ride these fat tire bikes at slower speeds than you might a cross-country mountain bike.

What it is for

Fat tire bikes excel at riding in loose, low traction areas. This could be a bike path covered with 6 inches of snow, a sandy beach, or maybe a bog/mud pit. They really are popular with winter commuters, racers who want something to do during the winter, and people who are just looking to have some fun in the snow.

With that out of the way, let’s dive into the actual review of the Surly Pugsley!

If you have never been on a fat tire bike before, your first impression when you hop on one and start to ride is probably going to be a big, wide smile while you exclaim “whoa!”.

It really is quite an interesting sensation riding one at first, because the tires are just so wide! The bike itself does not feel particularly aggressive in the geometry or positioning of the rider, which makes it perfect for cruising with some friends and having a good time.

The Surly Pugsley is a steel-framed bike, and has huge tires, along with alloy wheels. You probably see where I am going with this- this bike is not winning any weight-weenie banter at the local bar.

As heavy as it is, it really doesn’t feel that sluggish as you ride. The tread on the tires, being as knobby as it is, does provide a bit more rolling resistance than your standard mountain bike tire, but overall, I was impressed with how little it felt like this bike wanted to stop every time you stop pedaling.

You don’t have to limit yourself to just riding in snow, sand, or mud; plenty of people all over the world are hopping on their fatties instead of their mountain bike and hitting the trails.

I did just that to see how it performed compared to my normal ride, a Specialized Rockhopper Comp 29’er.

The Pugsley feels like you can roll over anything that is in front of you on the trail, which is really confidence inspiring.

Due to its lackadaisical frame geometry, it doesn’t really like to be pushed that hard in the corners. You can try to whip in and out of one, and it feels like you’re kind of dragging it along; like a kid whose been shopping with their parents all day and is dragging their feet as they walk down every aisle.

Even though the Pugsley isn’t the most aggressive ride, I still found it to be quite fun on and off the trail and wouldn’t hesitate to do it again.

In Wisconsin we get plenty of snow, so I had some opportunities to try it in some fresh powder and on packed snow trails.

I can report that it really handles well in both types of conditions. I think riding a fat bike through five or six inches of fresh powder is something everybody should try at least once, because it really is a blast!

Overall, I would rate this bike 4 out of 5. The pros of the Surly Pugsley would be the cool factor, the ability to ride in any sort of terrain, and how fun it is in the snow.

The only cons that I really can mention are the weight and the casual frame geometry.

Surly didn’t try to build this bike to be the fastest fat tire bike you’ve ever seen, and that’s alright. I am sure there are people out there who think this sounds perfect.

To me, I just would prefer the bike to feel a little livelier, especially when you are hitting the trails with it instead of your normal mountain bike. 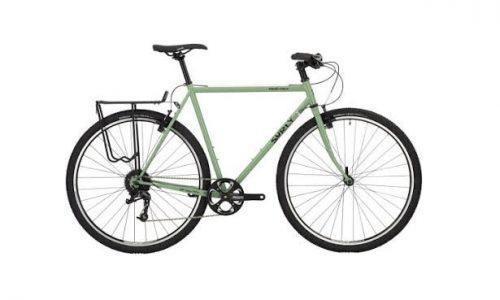 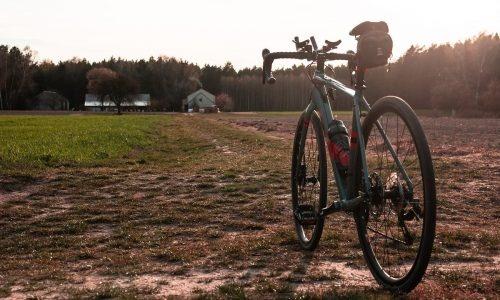