Shimano’s top mountain bike groupsets, XT and XTR, usually get all the attention in bike and component reviews. This attention is not without reason, as these advanced groupsets are on the cutting-edge of bike component research and development, are made using the most innovative manufacturing techniques with choice of the most advanced materials.

But what about the rest of Shimano’s component collection? The lower tiers of the groupset range don’t receive as much attention from bike industry media, and are much cheaper than their flagship siblings which may signal substandard performance. Nevertheless, that does not mean that they are of inferior quality for their intended purpose.

In this article we have a look at two of Shimano’s budget-oriented groupsets: Alivio and Altus.

Both Alivio and Altus groupsets offer 9-speeds and are actually very similar in their latest iterations, but there are subtle differences between them. Let’s have a component-by-component check to see what those differences are.

The Alivio component range is designed for casual cyclists riding in urban and light trail environments. The most significant changes to the latest Alivio groupset, the M4000 series, are improvements for a wider gear range and better tire clearance, which are two needs introduced by the increasing prevalence of 29in and large-volume (aka plus) tires in the entry-level to mid-range market.

The front derailleur comes in top, down and side swing options to match different bike frames and build options, with the side swing version offering slightly better clearance for the bigger wheels and tighter rear ends of contemporary mountain bikes (hence why you will see Alivio components equipped on some mid-range mountain bikes). Cable routing is also slightly tidier on Alivio compared to groupsets lower on the Shimano product hierarchy.

Alivio offers various options for braking duties: there is mechanical brake levers, which can be paired with either Alivio (or other) V-Brake calipers or cable-actuated mechanical disc brake calipers (interestingly, the mechanical caliper is offered under the Altus groupset, but not the Alivio). There are also hydraulic disc brake 3-finger levers which come in steel or alloy versions.

The Altus M2000 series borrows several key features from its siblings higher on Shimano’s groupset hierarchy, including an additional gear which increases the range to 9-speed with an 11-36T cassette, and an updated triple crankset.

Altus offers fewer crankset configurations than Alivio, and there is no double chainring option, only a triple 40-30-22T.

There are two Altus 9-seed cassettes: both identical except for the surface finish, which comes in black and silver. (CS-HG200-9/201-9). Like Alivio cassettes, the largest cog you can get under the Altus range is 36T.

The Altus rear derailleur, however, is surprisingly similar to Alivio in that it also features the Shadow technology. Altus front derailleurs only feature top and bottom swings, with the side swing option only coming under the Alivio range.

The Altus shifter range features a combo shifter/mechanical brake lever units called EZ Fire Plus (which allow you to shift multiple gears in one push/pull). These have been common on trekking and city bikes for years, but the latest version of Altus brings a hydraulic brake version as well (see the ST-EF505 shifter/brake unit models).

The budget groupset options from Shimano don’t get all the bells and whistles and cutting-edge tech from their range-topping XT and XTR groupsets, but they still offer amazing value for budget builds coupled with the usual Shimano reliability. Furthermore, technology from more advanced groupsets trickles down to the cheaper components as new product generations are released.

The main differences between the latest Alivio M4000 and Altus M2000 groupsets are in component selection (more crankset and front derailleur options under Alivio) and minor variations in weight (some Alivio components are very slightly lighter). The Altus groupset is also 15%-20% cheaper than its Alivio brother, depending on where you buy.

It should be noted that components from both groupsets offer cross-compatibility, and you can mix and match many components like shifters, derailleurs and brakes and expect them all to play nicely together (p.s. Shimano offers an extremely helpful and easy to consult compatibility chart for all its components here https://productinfo.shimano.com/).

If you are looking to build a mountain bike that will see a lot of use on rough trails, you should note the absence of some features specifically designed for this purpose, such as clutch-equipped rear derailleurs, from both groupsets.

Whether you are building up a mountain, urban or trekking bike on a budget, or shopping for a new bike that come with these components, you can expect performance that won’t disappoint until you are ready to upgrade to the higher-end groupsets from Shimano. 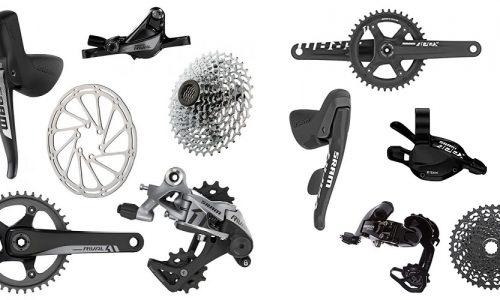 SRAM Apex vs SRAM Rival: Which Groupset Should You Choose 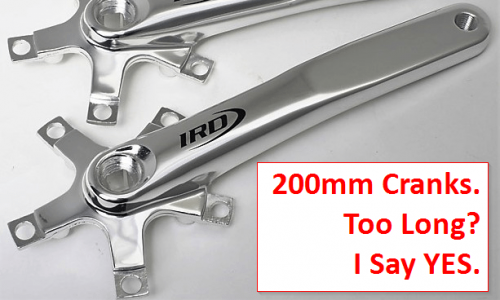