This post might contain affiliate links for which we may make a small commission at no extra cost to you should you make a purchase. Learn more.
Wikipedia defines CREAM as a semi-solid emulsion of oil and water in approximately equal proportions which can be further divided into two types: oil-in-water (O/W) and water-in-oil (W/O). What I noticed after a month of using JunkJam™ is that it is definitely thicker than its competition which means that JunkJam™ can be used anywhere body friction occurs including windburn and heat rashes. This is the main difference that sets JunkJam™ apart from its competition!
The other pleasant surprise was that talking with Chris DeMarchi – JunkJam developer, top US Masters road and crit racer and triathlete – he told me that he really gave a lot of thought to make this a truly useful product by adding antibacterial, antifungal and skin moisturizing ingredients that some of the others don’t include.

WHY IS THIS IMPORTANT?

Applications include, but are not limited to:
Cycling, Surfing, Running, Walking, Triathlon, Hiking, Football, Skiing, Anytime/Anywhere Wind Chafing occurs, and can be used for Windburn and Heat rashes, AND anywhere body friction occurs.

I was curious as to what JunkJam™ contains, so I researched the listed ingredients.
Cocos Nucifera (Coconut Oil) – Main moisturizer, a better choice than mineral oil.
Lanolin – A heavy-duty moisturizer, used in many lip balms. Also used as a protective baby skin treatment.
Beeswax – The basic foundation of JunkJam™. Beeswax is also used in lip balm, lip gloss, hand creams, and moisturizers.
Water – Used as the water-in-oil and oil-in-water emulsion
Steric Acid – A saturated fatty acid used as a softening agent. Also used in cocoa butter and shea butter.
Cetearyl Alcohol – A viscosity-increasing agent which adds an emollient (moisturizing) feel to the skin
Cateareth-20 – A thickening agent and allows JunkJam™ to penetrate into the skin.
Cymbopogon (Lemongrass) &  Flexuosus Oil (Lemon Oil) – Used for its antifungal properties as well as gives JunkJam™ its ‘lemony’ scent.
Cetyl Alcohol – Used as a thickening agent. Also used in some medications for the treatment of eczema.
Phenoxyethanol – A germicidal and antiseptic.
Ethythexlglycerin – Surfactant and preservative enhancer. Also inhibits the growth and multiplication of odor-causing bacteria, while at the same time not affecting the beneficial skin flora.
Caprylyl Glycol – Skin conditioning agent used as a moisturizer.
Sorbic Acid – Contains antimicrobial agents which are used as preservatives to prevent the growth of mold, yeast, and fungi.
Tocopherol (Vitamin E) – Antioxidant which encourages skin healing.
Retinyl Palmitate (Vitamin A) – Antioxidant and skin conditioning agent.
So basically, JunkJam™ is a thick moisturizer that also contains antibiotic, antiseptic, antifungal, anti-chafing, anti-eczema ingredients. All good stuff.

HOW WELL DID IT WORK?

Putting in 275 miles/week for the past month, I have been using JunkJam™ daily. If you’ve been following the weather here in Southern California, over the past 30 days we’ve had rain, we’ve had 40°F temperatures at the start of our 6am rides, we’ve had 90°+F on other days, wet, dry, windy, muddy, sandy, etc. … all types of weather and riding conditions. During these 30 days, I have experienced no saddle sores, no discomfort, no rashes. JunkJam™ stays on where you put it, and washes off easily in the shower with soap and hot water.

IS IT WORTH THE MONEY?

Yes, I highly recommend JunkJam™ as an anti-chafing product that doubles as a great chamois cream. And that’s what differentiates JunkJam™ with its competitors, JunkJam™ is a true multi-purpose product! 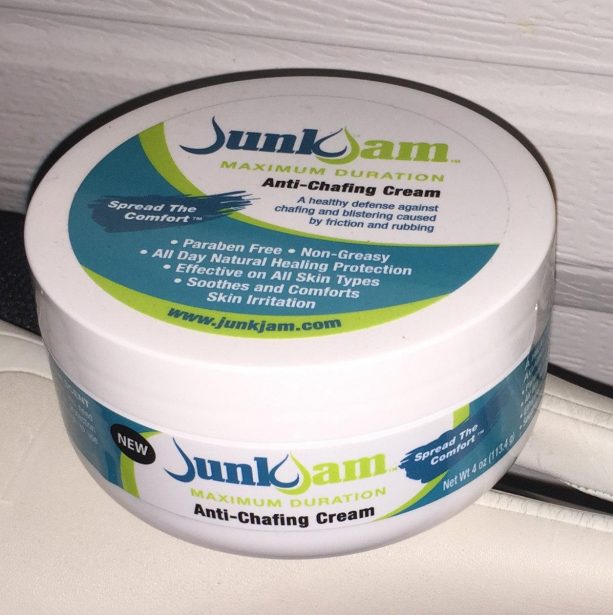 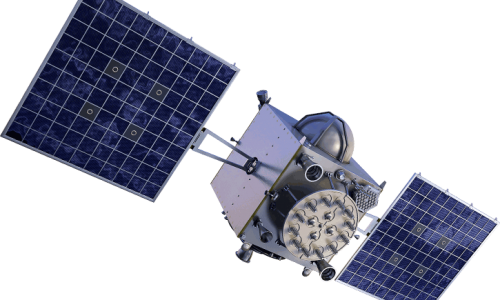 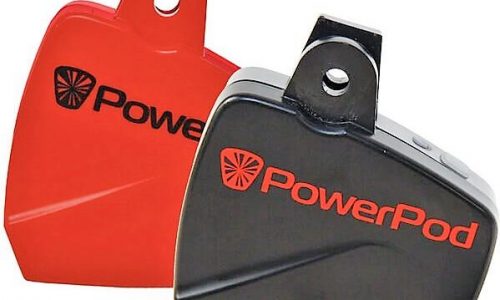