Buying a hardtail is possibly the cheapest way to get into the sport of mountain biking, no matter what type of riding you intend to do. From serious xc racers to trail-bombing machines, there are hardtails for every rider at every skill level.

Hardtails are generally cheaper than full suspension counterparts and for that reason, if you pay the same, the hardtail will almost certainly out-spec the full sus.

Hardtails have only one suspension component, so they are simpler and easier to maintain. Some argue that hardtails teach new riders better technique so, for a beginner, a hardtail is somewhat of a right of passage into the sport.

Hardtail Bikes Under $2000: What To Expect

At the $1500 – $2000 mark, you can expect a bike with slightly more travel than their cheaper alternatives and much nicer drivetrain components for a start.

Also, a slightly more aggressive hardtail can be more ‘aggressive’ that cheaper ones since at this price point, you are moving towards the more experienced rider.

Although 1x drivetrains are a standard at this point, pushing up to over $1500 you can expect at least a 1×11 system, likely SRAM eagle or Shimano XT/SLX.

These gearsets are more durable and better refined than their more affordable counterparts and offer more range too. You can also expect air forks for certain, and longer travel at that.

On a trail bike, 140mm and up is generally available and on XC bikes, 100mm is standard, but at this price you will be getting better damping and adjustment as well as potential for wider stanchions across the board, although this isn’t common.

That brings us to our first bike, the Ragley Mmmbop. The Mmmbop is a through-and-through trail hardtail, designed for speed and downhill fun. It has a sturdy, slack 63.75° head angle which houses a Marzocchi Bomber Z2 fork which boasts 150mm of travel.

When you need to climb back up the trail, the Shimano Deore M51000 11-speed groupset has excellent range and is a great higher-end gearset. The bike has boost spacing hubs and playful 27.5” tires, making it a rugged alternative easily capable of exceeding full suspension bikes of the same price.

Ragley offer a 5 year warranty on the Mmmbop and a lifetime crash replacement scheme, so the Mmmbop is a great long-term option with many perks.

This bike won’t be suited to your more casual rider, who would maybe prefer a machine with better climbing capability and prefers a more gentle ride.

The Maxxis Minion Wide Trail tires wouldn’t be best suited to an xc rider, who may want faster rolling, but they will offer plenty of grip when you’re railing corners on those tough descents

Overall, the Ragley Mmmbop is potentially one of the best options for an aggressive rider who loves downhill, but is budget conscious as it weighs in at only $1699.99.

Next is a more balanced bike, the Cannondale Trail SE 2. It is a less aggressive hardtail that will still handle the punishment of the downhill, whilst being a little better suited to climbing back up again.

The fork is much shorter, having a somewhat limiting 120mm fork. It has a SRAM SX Eagle 12 speed drivetrain and fast-rolling 29” wheels. This bike is not built for the more rugged descents in the same way that the Mmmbop isn’t built for an XC ride.

This bike will cope amazingly on rougher uphills due to its big wheels and its wide range of gears and a slightly steeper head angle, at 66.5° which is still plenty slack enough to inspire confidence downhill. The bike has an integrated wheel sensor which allows you to track activity and count burned calories, which links to an app on your phone.

The bike comes with a free adjustment period; up to a year after purchase you can have derailleur, brake, wheel, headset, tire and chain adjustments made free of charge as many times as you want from REI, where this bike can be found for $1850.00 at rei.com.

The Cannondale Trail SE 2 is a great value-for-money serious XC / trail hardtail that can handle lots of punishment and is a well oiled machine on the climbs.

On the other end of the spectrum comes the Cube Flying Circus Dirt Jump bike. This little 26” ripper comes with one thing in mind: getting airborne!

The bike has small wheels so that you can do tricks and it has a steep head angle making it easier to lift and manoeuvre but making it less stable at high speeds, which would be a trait that is undesirable on almost any other bike.

The bike has a super-low seat so that its out of the way in the air and an integrated headset to cut down on weight, weighing under 12kg. The wheels come tubeless ready, and the tires are fast rolling Schwalbe Table Top 2.25s.

While the fork is only 100mm this is ideal for a jump bike as it doesn’t make the bike too tall and unmanageable in the air, yet it still packs enough padding for big slopestyle booters.

The bike looks great in my opinion and is a great option for a more serious slopestyle rider, or just someone looking to take their pump track ripping to the next level. I found this bike for $1624.00 at chainreactioncycles.com.

The Sync’r has 27.5” wheels fitted with Vee Rubber Crown Gems, which are fast rolling and not too aggressive, perfect for climbing and descending. The RockShox Recon RL pushes 140mm of travel, which is a great middle-ground for all types of rider.

The bike also has a SRAM Eagle SX drivetrain and an internally routed dropper post, solidifying it as an amazingly versatile rig for the price.

Speaking of, it costs an incredibly reasonable $1500 from Nashbar.com, and it is amazingly specced for this price. It would make a seriously good first bike, or a great upgrade for someone who has progressed past their old bike and needs an affordable all-round workhorse to let them keep improving their skills.

It is possibly the best affordable option for someone looking for a bike that doesn’t limit their riding, in fact it does quite the opposite, opening avenues into new types of riding and letting you choose what you love.

Next up is a bike suited to the trail rider who wants to climb with the best of them. The Trek Roscoe 7 is a bike with trail ripping in mind, but without making it the only focus. It has 29” wheels, fast on the uphill and even faster on the downhill.

It boasts a great range, with a Shimano 1×12 drivetrain stuck to the ground on grippy 2.6” tires. The bike isn’t overly aggressive, so it won’t feel sluggish when you’re not blasting descents, which makes it great for the developing trail rider.

Being a trek bike, it looks spectacular and has the pedigree to inspire buyers’ confidence and it’s built with less experienced riders in mind. It’s rugged and durable without compromise on agility, and its strong without compromising on weight as it stays shy of 14kg when running tubeless.

This bike is another great all-rounder, at a fair price point, being $1899 from Trek themselves.

For the budding XC rider, the Trek X-caliber 9 may be more their speed. The X-caliber 9 is the top end of the X-caliber line and is a race-ready machine with one purpose in mind: speed and distance. The bike has a steep head angle, putting you over the front wheel and making manoeuvres easier at slower speeds.

The fork has an adequate 100mm of travel, not too much for such a bike. It is designed for racing the open country, and keeping efficiency at the highest priority, not using more travel and sapping power. The 1×12 Shimano XT/SLX drivetrain promises a gear for every hill, with a huge range to climb as steep and as fast as you like.

Tubeless ready wheels offer weight savings right out of the box and extra reliability, perfect for the budding racer. The bike is made for distance and will reward you with an efficient ride without compromising comfort on big days in the saddle.

The derailleur promises a silent ride, taking advantage of a clutch system to cut out chain-slap. Again, like with the Roscoe 7, the bike looks sleek, even more so on the X-Caliber 9 as it has internal cable routing and the beautifully simple hardtail frame.

The wheels are 29”, able to glide over rougher sections with ease and the Maxxis Ardent Race tyres are plenty grippy enough whilst being fast-rolling to keep you ahead of your competition.

Overall, the X-Caliber 9 is an incredibly capable, serious XC machine, which would be best suited to someone who knows what they want. The X-caliber wouldn’t be appropriate for someone who wanted an all-rounder, but it’s simply not meant to be: speed is the priority here, and it does its job well.

The Verdict: Which bike Should You choose?

To close, any of these bikes would be a great option for their ideal rider, but you have to ask yourself what you really need your bike for. Are you smashing descents with your full sus friends on the weekends, are you solely looking to ride big jumps or are you looking for a serious XC machine?

Have you really decided what you want to ride most yet? If you know what you want to ride then a bike tailored to your discipline is a no-brainer. If you aren’t sure what you are going to want to ride in a years’ time, then the Sync’r or the Roscoe 7 would probably be ideal as they will handle any discipline you throw at them with ease. However, if you want a discipline-specific bike, the X-Caliber or the Mmmbop could be perfect for you.

If it were me, I’d love to own an aggressive, trail inspired hardtail, but that choice is by no means right for anyone. Choose the bike for what you love, and if you don’t know yet, get yourself a bike that will allow you to find out! 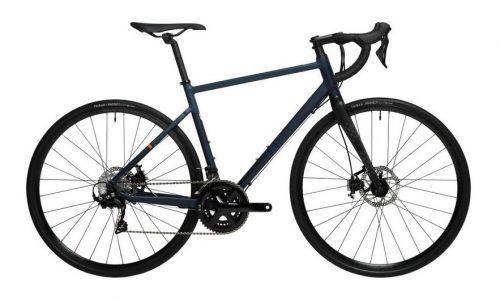 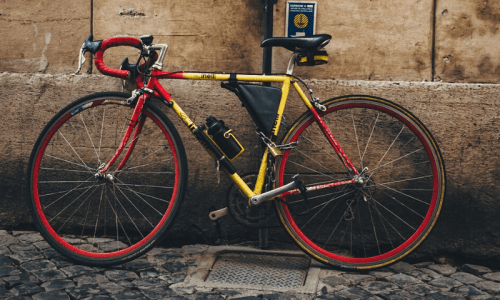