My daughter has a 51cm R5 Cervelo. It has a 128mm tall head tube and she has it set up with a slammed -17° x 100mm stem. This doesn’t give a lot of room for the shift cables to bend when using a standard housing such as Shimano SP41, or SRAM. 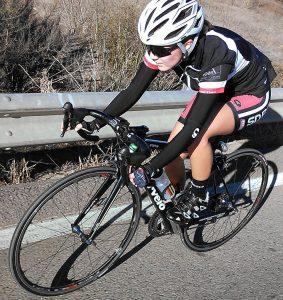 After building her bike, she complained that the steering was way too tight. I double-checked the headset and it was perfect. The problem was that due to a ‘too-tight’ bending of the housing, the shift cables pressed themselves very hard into the fork crown.

In fact, they were so tight against the fork crown that each ended up putting a dent into the fork crown. Taking it back to the bike shop, they suggested making the cables a little shorter and rerouting. This didn’t work either since the right shift cable/housing now interfered with the front brake housing prevented the handlebars to be turned to the left.

First, a very expensive $200 solution (shift and brake) – replacing all of the housing with one of the new compressionless kits like Nokon.  With the Nokon system, the housing is able to make tighter bends without pressing up against the fork crown. This is a great system, but a little more than I wanted to spend.

I then crossed the cables under the downtube so that they were again on the correct sides of the cable guide under the bottom bracket. This simple solution gives the housing much needed breathing room and so far, this has been an elegant and inexpensive (i.e., free) solution. 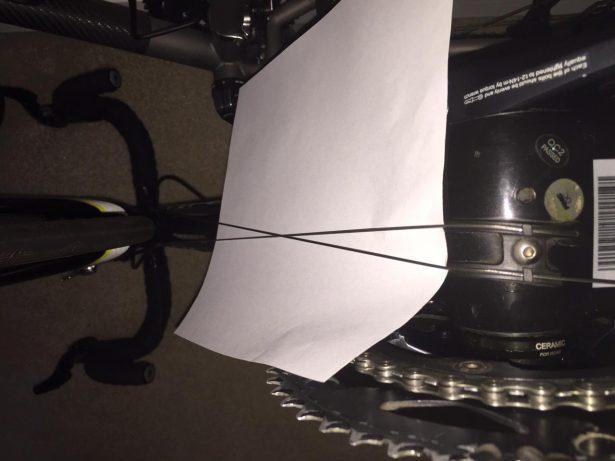 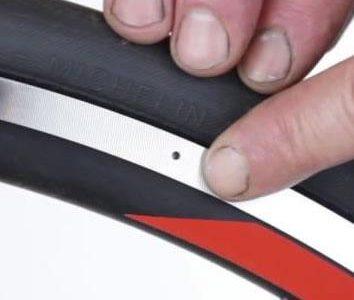 SAFETY – Check Your Rims for Wear