A great frame, at a killer price, that will never leave you wishing you had bought something more expensive.

On the internet, it is now possible with a little bit of looking around to get a great custom build for the price of a good entry level mountain bike from some of the big brands.

That was the idea behind getting an Octane One Prone 29 frame, they were pretty cheap on Chain Reaction Cycles, and with some careful searching, I managed to build a fully fledged hardcore hardtail for under £1000. 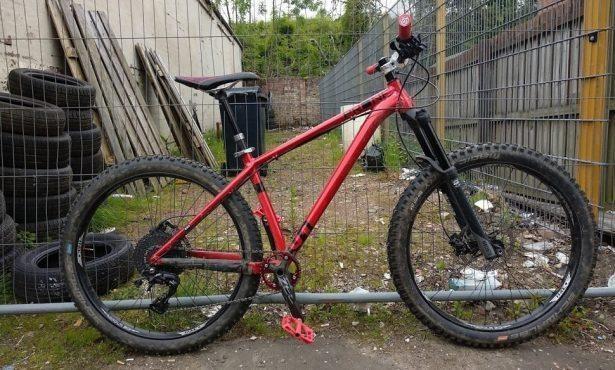 Octane One is a sister brand to NS Bikes. Both are based out of Gdansk in Poland, and both offer great value to the consumer.

Octane One can be seen as being the more affordable of two, and they can easily be found on Chain Reaction, Tree Fort Bikes and Wiggle if you’re after one.

The Prone frame is available in 2 guises. It comes in either a 650b or 29er wheel size, as you might have guessed we are looking at the 29er version here.

It is also available as a fully fledged 29er trail bike, and the complete bike is available at a great price of $849 (at the moment of publishing it’s on sale for $647.99).

The bike comes with a 1 x 10 Shimano Deore setup, with Shimano hydraulic brakes, and a 120mm RST Blaze suspension forks.

The bike is a killer value for its price, but it comes in blue, and I wanted a different color of the bike. I was after a red bike, as we all know that red is the fastest color.

The frame was available in red, and it seemed a no-brainer to buy as I wanted to try a 29er bike. When we talk about the color, I should bring up the one issue I’ve had with the bike, and a few other people point it out in the customer reviews.

The paint is not the best. It has a few blemishes, and it chips off easily. Now on a bike that is going to be ridden through mud and will be banged and scratched within a week, this is not a huge problem for me.

If it may be a problem for you, you might be better walking past. When I bought the frame, it was on CRC for $150 and at that price to pick on the paint seems a bit mean.

The frame is constructed from custom butted 6061 aluminum tubes. These tubes look pretty beefy, and with Octane One having a past based in dirt jump bikes, I’m sure they will pass the test of time.

Indeed, due to my high-quality piloting, they have already had a few encounters with trees and gone bouncing down the trail without me, and everything still seems fine and dent free.

You’ll find you get a tapered headtube, 73mm threaded bottom bracket, and 142 x 12 dropouts. Sure, it might then not be Boost compatible, but it is very possible you have the bits needed to build it in your garage, it could be a great spare parts build.

The 73mm threaded bottom bracket was one of the features that drew me to this frame. It is a style of bottom bracket that just works, and I know won’t develop an annoying clicking when I’m out riding in the middle of nowhere.

The frame also features internal routing for a dropper post. I didn’t use it as I used an old dropper I had lying in the parts dropper. It is one of the old style posts with a lever under the saddle. If it isn’t broke then, I don’t want to fix it. 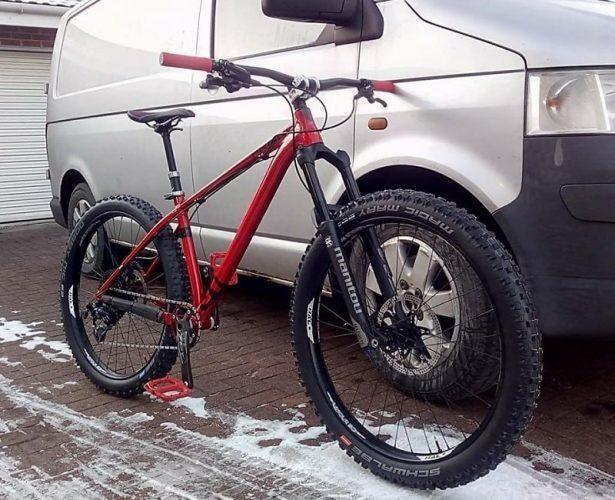 Now, all of the reasons for buying the frame would count for nothing if it didn’t ride well. Thankfully, it does. I’ve also had a shot of the 650b version, and I think the main difference is that the 29er pedals better.

You’ll find it better for getting uphill without wasting too much energy, just what you need if you want to roost the trails on the downhill part of your ride.

The bike was capable of rolling over pretty much everything on my local trails, and when I wanted to turn into a bit of a hooligan, it responded and then kept wanting more.

The 29er version generally has a further 10mm of reach than the 650b version in comparable sizes. The stack is also around 60mm more. It will be worth comparing the 2 and finding out which model suits you most in sizing. It’ll be more important than wheel size.

The Prone 29 comes with a slack head angle and a long front-end. The combination of the 2 makes the Prone feel very playful, even with the wagon wheels.

It is a bike that is easy to get the front end up and hold it up as manual sections of the trail.

You’ll see an obvious bend in the seat tube, which has allowed Octane One to bring the rear wheel in and shorten the wheelbase of the bike.

Bringing the rear wheel in has added to this playful nature, and no doubt helps when manualing the bike.

What should I use it for?

The Prone 29 is quite a versatile bike. It could quite easily be suited for all-mountain/ enduro style riding. With a lot of people now hitting enduros on a hardtail or even specific hardtail specific races, it could be time for you to join this trend.

It’ll save you a lot of money compared to having to maintain a rear suspension linkage constantly.

It could even be a great bike for winter mud, as we said it could be built from the spare parts drawer. You’ll be able to get out all winter and ride through the gloop without worrying that you’ll be about to spend a fortune on repairs. 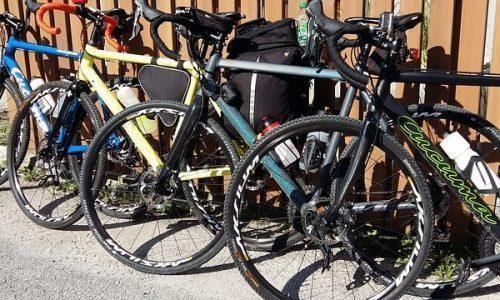 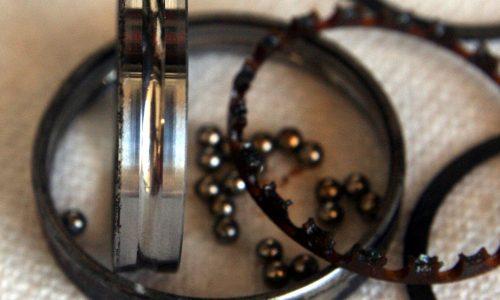 A Look Inside a “Made In The USA” Bearing