Or, What’s the Best Saddle-type for a Female Cyclist?

The quest for a comfortable bike seat has probably been going on since the second day the bicycle was invented. It is the search for the Holy Grail, the quest for the answers to the Universe, the only thing stopping World Peace, it is on every person’s mind that straddles a bicycle.

How can something as enjoyable as riding a bicycle, bring so much discomfort and still be overlooked or just accepted as being okay for that situation. For men, there seems to be a tendency to just “suck it up”, more miles will make it better and to just ride through the pain. Men have certain body parts that require different types of arranging to find comfort without getting crushed, women have a completely different set of issues. For women, the concept of suffering through it, is not that pleasurable, the thought of hours in the saddle has kept many women away from the sport.

As a saddle manufacturer, we get many e-mails and phone calls asking for help on solving these issues. The calls and emails usually read about the same, ” I can’t ride more than a few miles” and “I’m too embarrassed to discuss this with my local shop”. Something needed to be done, something needed to be said — and a system needed to be developed that made more sense.

As a saddle designer, John Cobb started asking questions, he started with his wife, gaining some answers and then moved to asking other female customers. John would take existing saddles from different manufacturers and modify them, trying different shapes and sizes and get more feedback. It soon became apparent that there were a couple of key issues at work.

Whether or not the rider used aero bars and how aggressive was the front-end setup of the bike, seemed to be key ingredients. As with so many advances in product designs, there seemed to be a clear pattern in relation to women who chose Cobb saddles developing.

One group would really like a narrower nose section, while another group would absolutely hate that design and completely love a wide nose section design. There was very little middle ground, it was love it or hate it but what were the deciding factors?

This required much more in depth thinking and research, more than just accepting the “wives tales” that all women needed wider saddles, more than the stories, which broadly stated, women need shorts with thick padding.

John has been doing skeletal studies for years to help with finding more speed and comfort for riders. During this time a trend had surfaced that showed a consistent trend in the relationship of the hip sockets and the pubic bone location in female riders. This was relating to leg power and muscle activation at different points during the power stroke of the pedaling motion.

However further studies showed a trend that females with more forward hip sockets tended to have flatter butts and females that had more rearward hip sockets had a more pronounced butt front to rear.

With this it was obvious that the females with the forward hip sockets also had a more forward pubic bone protrusion and the females with the larger butts and more rearward hip sockets tended to barley show any pubic bone protrusion, there had to be some relationship with this and saddle comfort, so more studies, more questions and more research was needed.

During this time, trends were developing and being followed, test were continued to see the consistency to help the female riders find more comfort. And then, it suddenly became so clear, the answer was there all along, just nobody new how to ask the questions to find the right answers.

A social conversation triggered the thought, is your navel an “Innie” or an “Outie”? That’s a fair question and a common one that happens in the locker rooms across America. So to go to the next level for Females, are your “girl parts” an “Innie or an “Outie”, there is a very obvious difference.

The vagina in general and the vulva and labia particularly, make up the female parts that cause most of the concerns for the female riders. Putting direct pressure on any of these will soon lead to unhappiness and short bike rides. But the question remained, how does all of this seem to work or not work together and does the relationship of a more pronounced pubic bone signify a certain type of female body part shape?

So far, either one can be found with either pubic bone style but it is beginning to show that the flat butt body style, combined with the protruding pubic bone, tends to be an “Outie” more often.

As we gain more data, a more consistent trend should emerge on this. In our findings, the “outies always like the wider nosed saddles such as the Max model while the “Innies ” consistently like the Plus and V-Flow models.

So after a lot of dancing around, there is the answer, go look at your crotch and make the call, comfort and happiness are what you stand to gain by looking and making the best choice.

For a personal recommendation, email or call Cobb’s fit technician at [email protected] or 903-253-8555 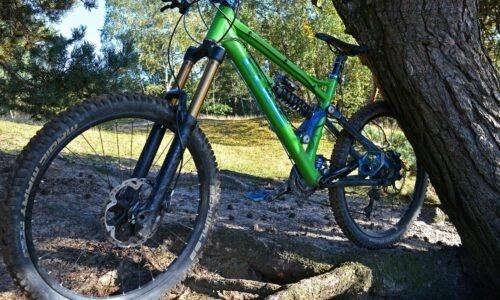 How To Choose The Best Mountain Bike Disc Brake Pads 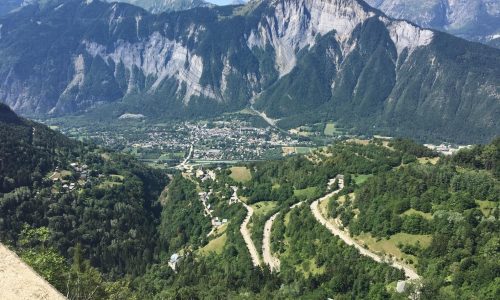 HOW SHOULD YOU TRAIN FOR A TOUR DE FRANCE CYCLING TOUR?