Home
Articles
Endurance vs Race Bike: How they Compare & Which One Should You Get

If you find yourself in the midst of purchasing a new bike or considering an upgrade, the terms “Endurance” or “Race” bike may have shown up once or twice. These terms may seem obvious, or maybe completely alien to you, but there’s much more to it than just speed gains and weight, although that’s a large part.

In this guide, I’ll state the pros and cons, and explain the characteristics of each bike, and help determine which is the best fit for you.

What is a Race Bike?

When you choose a bike, you need to find the one which fits your needs and preferences best. If you’re willing to sacrifice comfort and versatility for performance, then a race bike is the way to go.

Oftentimes the word “race” scares away consumers as it makes them think the bike is very aggressive. Sometimes they are, but when you look at the specs, a race bike isn’t always incredibly aggressive, but there are certain traits that you’ll consistently find. It is important to remember that the position can always be adjusted on bikes.

A race bike is about squeezing out every drop of performance. If you race, or just take KOMs seriously, then this may be the better option of the two. Race bikes are generally made of lighter components and narrower wheels which are great for speed but make the bike less practical for the average rider.

Another factor to consider is the quality of your roads. A wider tired, burlier endurance bike will handle harsh conditions but will be overkill on tame roads.

Characteristics of a Race Bike

Many people will choose race bikes for their feeling of agility. If you don’t mind a more aggressive position, they offer the benefit of being very aero. Aerodynamics is a huge part of the speed gain on a race bike. For hills where aero doesn’t matter, the lighter race bike will outperform an endurance bike.

On descents, you may feel less confident on narrower wheels, a steeper head tube, and a lighter frame, which may mean slowing down. For crit racers however, tight consecutive corners on the course will be easier because of the increased responsiveness when cranking on the pedals and turning hard.

Race bikes are built on a stiff frame, which also adds to this responsiveness, but means you’ll feel more bumps on the road, and have a less comfortable ride.

Race geometry stretches and lowers the front end of the bike. This allows for a more aero position and helps to put the power down. The headtube angle is steeper than a traditional bike, which makes turning require less effort.

A shorter, raised stem would make the bike feel more like an endurance bike if you’re looking for middle grounds.

What is an Endurance Bike?

Now that you know what a race bike is, we need to learn the other side of the story. Endurance bikes are very versatile and definitely not slow. These bikes are for those willing to trade a small amount of speed, for a large increase in comfort.

Endurance bikes tend to get a bad rap for being slow. An endurance bike can easily be a race bike with a few tweaks, but many prefer to utilize the benefits of owning one.

Endurance bikes are meant for long days in the saddle. This means they absorb small bumps, fit more comfortably, and are built to take more abuse.

The components are generally slightly burlier but are better feeling. An endurance bike won’t be as fast as your super-efficient race bike, but what it lacks in speed it can more than make up for in control and comfort.

Characteristics of an Endurance Bike

The feeling of an endurance bike is much more plush than a race bike. Generally specced with wider 32c tires, you can safely drop pressures and not need to worry about bumps or small holes in the road.

In addition to wider tires, more built-in compliance in the frame allows for shock absorption but makes the ride less efficient, meaning you have to work slightly harder for your miles.

A slack head tube angle makes the bike very stable, and when combined with seemingly endless traction in corners thanks to wide tires, make for a fast descent. Endurance bikes are much more versatile than a race bike. If your tires are the correct width, relatively smooth gravel roads should be no problem.

Endurance bikes are known for being much more comfortable than a race bike. Raised handlebars make the bars an easier reach which can help those who want an aggressive position, but struggle to find comfort.

A slack head tube creates a much more planted feeling on the bike and will improve anyone’s handling abilities. This slackness upfront means that the top tube length can be decreased while allowing a longer wheelbase, which makes the bike less aggressive but handle more precisely.

The Trek Domane can smooth out any road. Built to optimize control, comfort, and responsiveness, Trek made a statement with their take on a modern endurance bike. Specced with 32c tires, and a maximum of 38c, this is one of the most versatile road bikes on the market.

Regardless of what bike you pick, you need to make sure it makes you excited to hit the road. After purchasing either endurance or road bike, there are adjustments and changes that can be done that make a race bike more endurance-oriented, or an endurance bike feel more like a race bike.

Generally, I’ve found that an endurance bike is easier to make these changes to, but either way, you won’t be disappointed.

Cycling has been a passion of mine ever since I was little, and has grown into my job in a bike shop. My time on the bike is divided equally between mountain and road, but regardless of what I’m on, I enjoy poaching KOMs. Maybe a little bit too much sometimes. 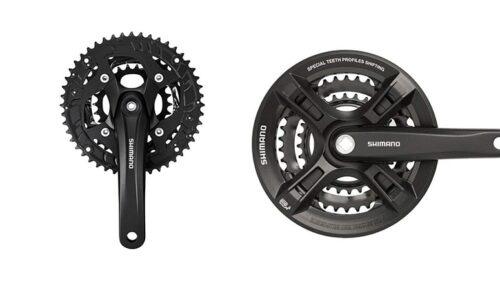 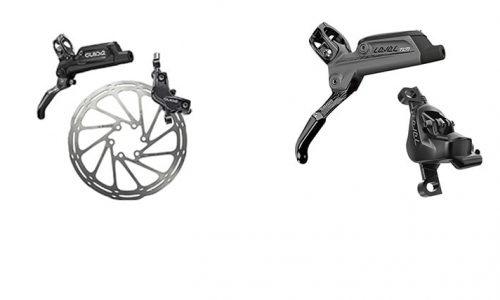