Over the last decades, technology has had a huge impact on almost every aspect related to bicycle design. Lighter and stiffer materials have been developed for the frames, shifting mechanisms have evolved to offer increasing gear choices, and even 3D printing technology is being used to manufacture all sorts of bicycle parts and accessories.

But how about anti-theft bicycle technology? In many ways, we are still using similar gadgets to protect our bikes from being stolen than our fellow cyclists did several decades ago. Bike locks and chains haven’t evolved that much since then.

Luckily, this is starting to change thanks to recent advancements in GPS and mobile technologies, enabling a whole new level of bike security with the popularization of bike GPS trackers.

Nowadays, GPS tracking devices can be installed inconspicuously on a bicycle and paired to a smartphone application. The device can send alerts to the bike owner via the app in case it detects suspicious movements. In the event of bike theft, the live location of the stolen bicycle can be tracked and sent to the police.

These bike GPS trackers are not intended to replace locks but to add an extra layer of security and peace of mind for the bike owners. Let’s take look at the best bike GPS trackers currently available on the market.

Designed and manufactured in the USA, the Galeo GPS bike tracker is claimed to be the most robust theft prevention/bike recovery device currently in the market. It is equipped with a built-in motion sensor and can send its real-time location and notifications to a proprietary phone app.

Your bike location can be accurately tracked from any distance thanks to the 4G Sim included. The data plans start from a monthly fee of $1.99 up to 3-years for $49.99 and are available in the USA only. Tracking also works without data plans using Bluetooth technology but the range is significantly limited.

Galeo’s highlight has to be its 90 dB remote-activated alarm that can be fired using the application after receiving a push notification if the bicycle is tampered with.

The device attaches neatly to the bike with two tamper-resistant crews. It can be installed on the bottle cage holes or a handlebar mount. Despite the sturdy construction, it is claimed to be water-resistant and not fully waterproof.

The Galeo is another great alternative for adding an extra layer of security to your city bike without compromising on style and convenience.

An important factor of success for many bike GPS trackers is the ability to be hidden from the eyes of thieves. Sherlock GPS achieves this cleverly and conveniently thanks to a cylindrical and flexible shape that can be inserted into any kind of handlebar (flat and drops). The end of the device resembles perfectly a handlebar end plug so it’s virtually undetectable.

The Sherlock comes with a proprietary phone app that will allow you to track the location of the device with an accuracy of +/-5meters, and it will send notifications in case it detects any suspicious movement.

Among the many top features of this device, I liked that it is very lightweight (50g), fully waterproof and it has a USB-rechargeable battery that lasts about a week.

Unfortunately, this fantastic GPS tracker also comes with a high price tag and the necessary subscription to a data plan via the proprietary app (although the first 2 years are free).

Absolutely recommended for high-end road bikes. It’s a worthwhile investment in peace of mind that will barely affect the performance of the bicycle.

The Boomerang CycloTrac opts for the opposite strategy to hidden GPS trackers. Very much in the same way as a bike lock works, it relies on being seen as a way to deter potential thieves.

The device is designed to be mounted under the bottle cage with 2 tamper-proof screws so it’s compatible with pretty much any bike.

Apart from a live-location GPS tracker, the Boomerang CycloTrac also features a motion sensor that activates an alarm in case there’s an attempt to steal your bike.

The device comes with a built-in Lithium-ion battery that needs recharging every week or so, and it’s fully waterproof.

Despite adding a few extra grams to your bicycle, this is a great GPS tracker for urban bikes that are parked on busy streets for long periods. The alarm adds an extra element of security to deter thieves.

Why not disguising the GPS tracker under the appearance of a fully functional bike tail light? That is the concept proposed by Vodafone with the Curve, a smart bike light with ultrabright LED (up to 40 lumens), 3 light modes, and intelligent brake function.

The Vodafone Curve integrates a tracker on the base of the light that can send live GPS location data from anywhere to a phone application. Like other models, it features a built-in (Vodafone) SIM card that works on a subscription basis. The tracker will automatically send alerts to the paired phone in case it detects any suspicious movement.

In my opinion, the most striking aspect of the Curve is its neat aesthetic and convenient design. The light can be detached from the base, which is secured to the seat post by tamper-proof screws. However, I can see a slight security flaw if we consider that the whole seat post can be removed easily with an Allen wrench.

On top of being a GPS tracker and a bike light, the Vodafone Curve also features a 107dB alarm that is motion-activated and can be disarmed remotely with a single tap on the app.

The quality of its construction and the IPX7 waterproof index round up what would be a well-designed bike light in its own right. The rechargeable battery lasts up to 4 days on standby and 7 hours using the light.

Recommended if you want a neat look on your city or road bike, although I would be concerned about adding almost half a kilo to my bike setup!

The TKSTAR GPS tracker is a cheap yet solid alternative when it comes to bike lights with built-in tracking devices.

At less than US$50, it offers GPS tracking with an accuracy of +/-5meters, a compatible tracking app (without obligation to purchase any specific SIM card plan), an alarm, and various light functions. A true all-rounder.

The weakest point of this model would be the mounting system. The mount is designed to be attached to a seat post or any round tube but it doesn’t come with security screws, so it can be detached just by manually turning a handle. Luckily, it looks less fancy than the Vodafone Curve, and it can inadvertently pass as a random Chinese bike light with no tracker.

It’s water-resistant and comes with a USB-rechargeable lithium-ion battery that can last up to 25 days on standby.

It’s not the most robust tracking device out but it can get the job done for a modest price (and you also get lights!). Recommended for cheaper bicycle models.

Although not a bike-specific device, the Tile Pro tracker is a great option if you are on a tight budget. The small dimensions of the Tile (4×4 cm) make it perfect to attach it under the saddle out of sight.

The clear downside of the Tile Pro compared to other GPS trackers is that it isn’t a GPS tracker. Instead, the Tile Pro uses Bluetooth technology to communicate directly with a phone application. This results in a very limited tracking range of 120 meters, but in case the bike is out of range it can also provide the last know location.

The latest version of the app partially solves this critical issue with the ingenious “Active Community Find”. This feature enables other Tile Pro app users to track your device within their range.

The device includes a replaceable CR2032 battery that is claimed to last up to 1 year. The Tile Pro is not waterproof and doesn’t feature a motion sensor, unlike most bike GPS tracker devices.

All in all, this might not be the safest way to track your bike in the event of theft but it is a super cheap alternative, especially considering that the app is 100% free and you don’t need a data plan to use Bluetooth technology.

Unlike many other bike parts, bike GPS trackers are universally fitting and adaptable to any kind of bike. However, there are a few other variables to consider to help you choose the bike GPS tracker that better suits your needs.

Firstly, you should factor in the price of the GPS tracker against the market value of your bicycle. It wouldn’t make much sense to spend a couple of hundred bucks plus a yearly data plan subscription if your bike it’s worth less than $500.

In the same logic, avoid the cheaper Bluetooth trackers on your high-end road bike if you want some peace of mind. As a rule of thumb, I would recommend spending around 10-15% of the price of the bike on the GPS tracker. That would mean going only for the high-price GPS trackers ($200 and up) if your bike cost over $2,000 brand new.

Another important factor to pick your best bike GPS tracker would be the location where you normally park your bicycle. If your bike tends to be locked in high footfall areas it will make sense to opt for a visible GPS tracker that has a built-in alarm system.

On the contrary, if your bike is normally parked in quiet areas it’s best to go for a hidden GPS tracker that cannot be tampered with or removed.

A classic factor when it comes to choosing bike accessories is weight. That won’t be of much concern if you are riding a somewhat heavy city commuter, but it can tip the scales against certain models if you are looking to install a GPS tracker on your lightweight road racer.

Lastly, if you want some versatility added to the GPS tracker device, it’s a good idea to choose a model that incorporates the tracker into a bike rear light.

Road cyclist, adventure traveler and graphic designer based in South East Asia, and working for international brands such as SpiceRoads Cycling and The Pedla. 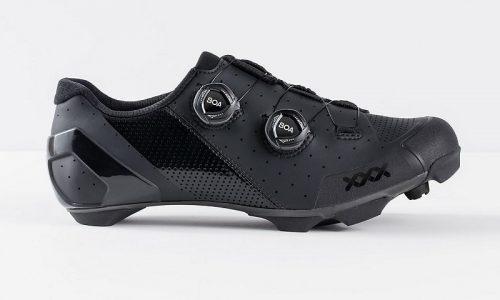 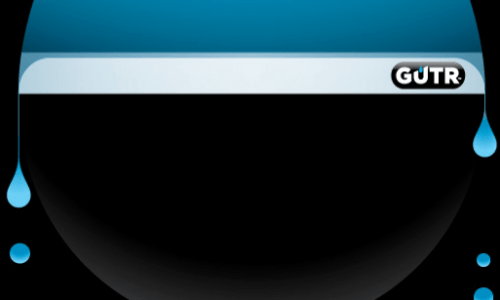 The GUTR – the Next Generation of Headbands