Home
Reviews
Should I Pick Shimano 105 or Ultegra?

Shimano 105 and Ultegra are 2 of the most often picked groupsets by road cyclists. They both mix value and quality in a package that is highly respected by most cyclists.

Firstly, what is a groupset? A groupset is a set of parts that are all joined by being of the same quality and price range. For road bikes, these parts are the shifters, brake levers, front and rear brake calipers, front and rear derailleurs, crankset, bottom bracket, chain, and cassette.

When you buy a bike, you’ll want to keep an eye on the cassette, as many manufacturers will drop the cassette in a groupset to a lower groupset model. They do this to save a little money, and they know most people won’t check their cassette.

As we’ve just talked about, groupsets come in higher and lower varieties. The general rules of buying bike parts comes to a fore here. As you spend more money, you can expect lighter weight and more exotic materials used in the making of these parts.

With groupsets, you’ll also find that you get more gears with your money. You’ll find Shimano Claris is 8 speed and Shimano Dura-Ace is 11 speed. What then, is the Shimano hierarchy?

What speed is Shimano 105 and Ultegra?

Given what we’ve just said we can then expect 105 and Ultegra to have a different number of gears. The one with more gears would then be the winner.

The problem, which is not really a problem, is the both 105 and Ultegra are 11 speed. The good news about this is that you can then pick and mix which parts you want from each groupset.

The shifters are a great place to start and are the place where people will look to see what groupset you have. Both groupsets come with levers that have the groupset name on them. If you want the bling factor, this is the place to start.

The new 105 levers do change gear with a similar snappy feel to the Ultegra levers, and the performance is almost identical.

The main difference than to the levers is the lighter weight of the Ultera shifters. They have a lower weight as they feature carbon fiber construction, over the aluminum of the 105 levers.

Shimano used to run 5 arm chainsets, Dura-Ace was then changed to an unevenly spaced 4 arm design. The idea behind this design was to increase the stiffness and lower the weight of the chainsets. The good news is that this technology has now trickled down to both Ultegra and 105.

Both styles of cranksets come in the same length options, chainring wise there is also a cyclocross option available with Ultegra, that is a 46-36 option. The similar bolt size pattern means that you can easily change between chainrings.

Both chainsets are constructed using aluminum, Shimano has not changed to carbon fiber for its chainsets like other manufacturers. You’ll find their Hollowtech II system is still one of the lightest available.

Again you’ll save a few grams going with Ultegra. The next interesting feature is that the 105 outer chainrings are made in 1 piece. The Ulterga outer ring is 2 piece construction, and you’ll find the join like to hold dirt and will add a few minutes to your cleaning regime.

The front derailleurs are almost identical in weight, and most people won’t be able to tell them apart, performance-wise you won’t even be able to tell which one you’re using.

If you want to make it look like you’re running an Ultegra groupset and save a few dollars, this would be the part we would change out.

Both Ultegra and 105 come in short (SS) and medium cage (GS) varieties. You’ll need to pick the style that suits your cassette and chainset.

Officially the largest cassette cog you can fit on a GS rear derailleur is a 34t, a quick search on the internet will show you people running them with larger cogs though.

Again, they are very similar, with Ultegra being a few grams lighter. There is a nice upgrade to the Ultegra rear derailleur. It comes with better pully bearings.

These help to lower friction in the derailleur and as such you’ll find that you can save a few watts here.

Both derailleur also now use technology from Shimano’s mountain bike groupsets. They use Shadow Plus tech. Shadow Plus is a clutch that stops your derailleur from shifting outward, and it will then work to keep your chain on the bike and stop it dropping off under load.

As we’ve already mentioned, you’ll find that many bike manufacturers will choose a 105 cassette over an Ultegra cassette.

Which should let you realize that many people will not notice the difference between the cassettes. As you might be able to work out by now, the Ultegra cassette is around 30g lighter than a 105 cassette.

105 and Ultegra dual-pivot brakes are pretty similar. They both are crafted from aluminum, and they both function very well.

We can again state that the 105 calipers are just as great as Ultegra calipers and are only inferior when it comes to weight. They are around 30g heavier per pair.

There is no longer any real technological difference between 105 and Ultegra, and the only real difference is that Ultegra is a lighter groupset.

That means we have 2 answers to the question of 105 versus Ultegra. If you want to make, a cash value judgment go for 105 if you want to save weight go for Ultegra. 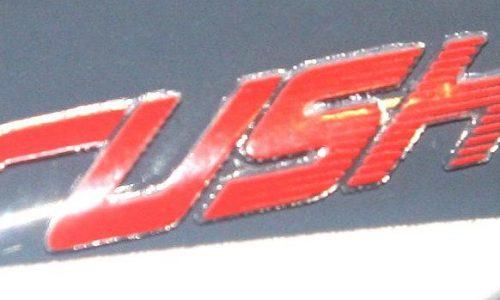 Rudy Project RUSH Helmet – One of the Best! 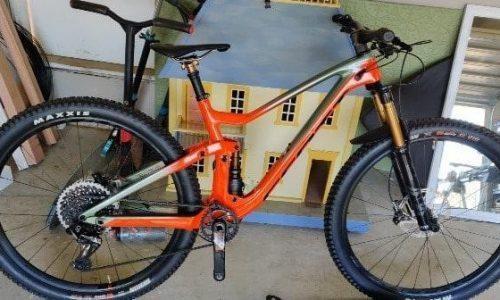