Carbon fiber is a wonder material, and it’s something you will often hear spoken about in the cycling industry a lot. Carbon fiber came on the cycling scene in a big fashion around 40 years ago, in the 1980s.

It was stronger than steel and weighed much less a wonder material, to say the least. It would be the new bike thing, and they were very right in saying that.

In this article, we will tell you all about carbon fiber and how long a bike frame will last.

What is Carbon Fiber?

Carbon fiber is a polymer which is a long string of carbon atoms that are joined together. When you see carbon fiber in its natural form, it is like a sheet and is very flexible, and can be moved around easily. It becomes the strong material we all know and love when it is layered and then molded together with a resin.

The resin which holds carbon fiber together gives it its strength and spreads any load on the frame.

You will often hear people speak about good carbon fiber and bad carbon fiber, and there are a few things that you need to understand when it comes to this. Firstly the carbon sheets come in different sizes and weave.

Here’s an example, on a cheaper carbon frame, you might have a larger weaved carbon that will layer 3 times that is cheaper to buy which does make the frame less robust.

On a high-end frame, you will have a small weaved carbon fiber that is layer 6 times, making it a similar weight but much stronger.

You will also find the resin makes quite a big difference too. The traditional resin was very thick and struggled to get in all the micro parts of the carbon fiber as it was so thick, but it still worked.

Modern-day resins are much better, and high-end frame providers will use water-like resin alongside many layers of weaved carbon to make incredibly strong frames.

How strong is Carbon Fiber

Carbon fiber is incredibly strong and, providing it has been made correctly, can be five times stronger than steel and twice as stiff.

The feeling you will get riding a carbon fiber road bike compared to a steel one is completely different. Carbon fiber is so strong because it distributes the weight along its whole structure.

So over a bike frame, it is extremely strong because all of the fibers in the frame support each other. Carbon fiber can crack though, and does have a fairly large weakness.

If too much pressure is applied to a very small area of a bike frame, it can crack easily as the load is on too small an area.

How long will a Carbon Fiber frame last

In this article, we are referring to modern carbon fiber. It actually comes down to a few things.

How much you hit the Fatigue Point

As with many materials, you have a fatigue point. This simply means anything past a certain point of pressure will be too much and will fatigue the material.

It doesn’t mean it will break, but it does mean it weakens the material, and if it’s taken to this point too many times, it will eventually just give up. Carbon fiber’s fatigue point is very high but still can be reached with a serious pothole hit.

Well made Carbon Fiber with many layers, as we discussed before, does have the ability to last much longer than poorly made carbon fiber.

There are more sheets to give it strength, and a better resin will provide a better join and give it strength. This means it will have a very high maximum fatigue point that you will typically never hit.

As with any material, exposure to certain elements can cause problems. Things like sunlight over time damaged frames, but typically if they are painted, this does act as a layer of protection.

Typically not much will be able to damage carbon, providing it is sealed with a layer of paint.

If you let your bike get dropped and knocked about a lot, you will find that it won’t last as long as you probably would like. Carbon frames are designed to be strong where they need to be. Any knock in vulnerable places can cause issues.

How long will a Carbon Fiber frame last?

Modern Carbon Fiber frames can last in theory forever, providing you look after them well, and they don’t get a knock that can break the structure or leave it vulnerable.

If you want to ensure the life of a carbon fiber frame, just don’t drop it, keep it clean, and don’t over tighten bolts like a seat tube bolt. 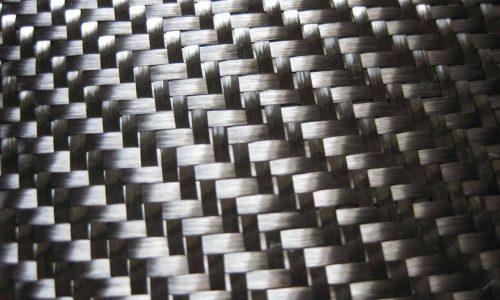 Can You Compare Steel to Carbon?