A Full 10 out of 10! This bike does everything superbly! One of the best values on the market! I will do this review a little differently and give you the summary first. It’s the best place to discuss this bike in a nutshell. This is such a nice handling, nice riding and one FAST road bike. The predictability of the handling makes this a perfect crit bike as well as a classics road bike. It does everything GREAT and is a fantastic bang for the buck!
Today’s ride: Both my riding partners backed out since they had to complete other priorities. Yes, I told them that doing our normal ride should be their priority but they didn’t bite. For those in Orange County, I did Santiago Canyon.
Started at Rock n Road in Mission Viejo and averaged 300W to the top of dump hill. 38:50. For me, that’s a great time. The harder you push this bike the faster it goes – no terminal velocity as experienced with others.

To prove this, coming back down Jamboree, two motorcycle cops at the bottom of the hill forcing the cars to do 55mph and I was spun out in a 53/11 staying even with the cars! In fact, one guy honked and held up 5 fingers on both hands then a thumbs up! Yes, this bike is FAST!

Summary thoughts;
If you are in the market for a new bike, you should definitely consider the BH Ultralight. Yes, it’s really that good! There are several cost-effective groupsets/options available and all are worth considering. Bottom Line: Would I buy one? Yes, definitely!

I won’t go into a lot of detail since I covered most of the background in a previously published review at https://biketestreviews.com/bh-bikes-g7-disc/. What is worth mentioning is what I look for in any bike I’m testing;

ALL IN THE NAME OF LIGHTNESS & HANDLING

Several months ago, I was at the Irvine California BH service center when several large shipping boxes John, the service center manager, opened one of them and pulled out a beautiful 95% assembled sleek-looking BH Ultralight bicycle. Since there were only a couple things that needed attaching- seatpost; front brake; front wheel and handlebars, John, in his Aussie accent said “be done in a minute mate.”

The rest of the bike was already fully assembled and I could tell a lot of care went into the assembly since even the matching Mavic rim/Tire logos were lined up.

As John was going through and checking the rest of the build, I noticed that all of the components were Dura Ace 9000. John said, “Yeah, that’s your test bike, full Dura-Ace, but other models are available including Ultegra Di2, Ultegra, 105, and even two framesets (Ultralight and Ultralight EVO).” John noticed that I was looking at a Pioneer Power Meter he had laying on the workbench.
John asked if I wanted to trade-out the cranks for a Pioneer. Both were Dura-Ace 9000 and both sported 175mm crank arms. The only difference being that the one on the bike was a 52/36 and the Pioneer had a 53/39 installed.

Since a 11-28T cassette was on ready on the rear wheel, I said “sure, let’s install the Pioneer.” This slowed John down for about 30 seconds and before I could turn around, John said “done mate.”He warned me that both the Pioneer SGX-CA 500 head unit and SGY-PM910H2 dual pedaling sensors were woefully out of date and that I would need to update and resynch everything. I said sure, no problem. Little did I know what I was getting into – but that’s for a different review.

Last month I reviewed the BH G7 Disc. A great aero road bike that can be also used as a gravel bike when The G7 Disc makes for a great handling crit bike and does a lot of things well. It goes where you point it and gets there fairly quickly. So how does it compare to the Ultralight?

The ULTRALIGHT is FAST, plain and simple, it’s FAST. There is absolutely NO bottom bracket flex nor rear-end flex caused by the chainstays.

IS THE BIKE OVERLY STIFF?

This bike is stiff, but not overly stiff. I’m 180 pounds and for me it is the perfect ride. So what about is you are lighter or heavier? You can fine tune the ride via the wheels. This bike came with Mavic’s Ksyrium Elite wheels.

A quick trip to mavic.com categorizes these wheels as ‘Endurance Road Wheels for Performance and Comfort.’ Mavic has 12 Ksyrium model wheels in their 2016 lineup ranging from the Ksyrium Pro Carbon SL T Haute Route at 2300€ ($2,500), all the way down to 450€ ($490) for the standard Ksyrium. The Ksyrium Elite is one model above the Ksyrium.

At an MSRP of 650€ ($708) for the pair, they are a pretty good value for the lighter rider. When standing and powering the bike up a hill, these wheels tend to flex to the point of rubbing the brake pads. For someone over 75-77 kg (165-170 pounds), I recommend a stiffer wheelset.

Not having any other Mavic wheels in stock, I put on a pair of Dura-Ace 9000 C24 clincher wheels and rode this configuration for a week. Less front and rear wheel flex and the bike accelerated faster.

Why? Performing a non-scientific spoke deflection test with my hands, the spokes on the Dura-Ace wheel were stiffer. Also, the Ksyrium Elite’s rear wheel was radial laced on the drive-side vs. the Dura-Ace’s cross-lacing on both sides.

Next, I installed a pair of Dura-Ace 900 C35 clincher wheels. The bike definitely felt stiffer than with the C24’s but, for me, the C24’s were the right wheelset for this bike. For those over 90kg (200 pounds), you might want to consider a stiffer wheel than a Dura-Ace C24. There are lots of options out there.

HOW DID THE BIKE HANDLE?

So far I have ‘hammered’ on this bike and have experienced absolutely NO bottom bracket flex, NO rear end flex NOR any fork flex. I have ridden this bike hard;

This question comes up all of the time. Clients look first at pricing – what can they get for a given price. If you look at the table to the right, an Ultegra Di2 equipped BH ULTRALIGHT is $500 more than a full Dura-Ace 9000 mechanical equipped bike.

Sure, the Ultegra Di2 bike shifts great and Ultegra has always been a workhorse, but, there’s nothing wrong with the shifting of a Dura-Ace 9000 group either. If you are looking for a real bargain, the 105 (5800 11-speed group) bike is only $2,799.

The next jump up is $700 which will get you full Ultegra 6800 and a higher price point wheelset, stem, handlebars, seatpost and saddle. In fact, the Ultegra bike shares most of the same accessories as the Dura-Ace 9000 bike which is a $1,300 jump from the Ultegra equipped bike.

Then, there are other options to consider if you aren’t a follower of Shimano. In fact, this might be the perfect time to buy the high quality BH ULTRALIGHT frameset and get that new Campagnolo, SRAM, ROTOR or FSA groupset you have always wanted. Listed below are several alternatives to Shimano;

This bike would work well with anyone of the above. 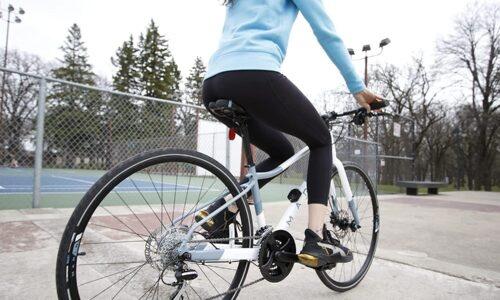