So where’s the best place to position your road bike’s brake pads?

Last Saturday, while waiting for everyone to arrive at the group ride, the self-proclaimed bike repair guy, whose shop is in his basement, was helping a female cyclist who was fairly new to the sport. She told him that something was rubbing and shaking while she was riding, especially when braking. He took the bike for a quick up the block and back and told her it was her brake pads. She was running them dead center on the brake track and he said that he prefers to see them as high as possible. I sat there for a minute trying to understand his logic which still doesn’t make sense.

The True Answer is that it’s better to run the pads lower than higher (lower as in closer to the spoke nipples than higher which is closer to the tire). In fact, its best to run them as low as possible just before they start hitting the side of the rim. There are two reasons for this.

In summary, the lowest part of the braking surface will have a more concentric width, less tendency to pulse and less compression. Further searching through Shimano’s vast number of Tech Docs, I found this… 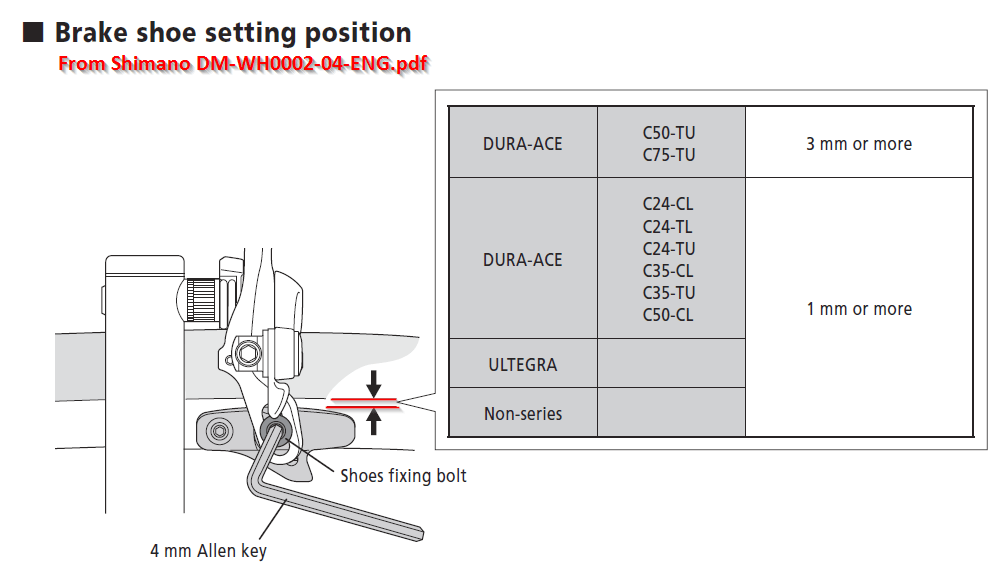