In cycling, one product that never gets discussed much is Chamois Cream. Chamois used to be made out of real

leather, and, after washing and drying your cycling kit, the chamois had the same consistency as a piece of rawhide. You needed a good cream that would soften the leather enough to be able to use the shorts for your next ride. Fast forward to today, chamois are made from variable thickness foam layers capped with a synthetic material to match the cyclists needs whether that be  touring, racing, off-road, etc.

Chamois creams have also evolved, from moistening leather that has been dried to a cardboard-like texture to being used as an anti-bacterial skin emollient. Today, there are a lot of different Chamois Creams on the market and all of them work pretty well. To name a few; 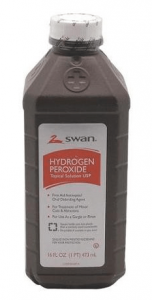 Since I’m always looking for alternatives or anything that’s better, I have found and tested 2 products that work very well and are worth mentioning.

These two products might not have the anti-bacterial and/or anti-fungal properties of some of the name-brand products, but, rinsing your bottom with 3% Hydrogen Peroxide and then drying off with a clean towel before putting on your after the ride attire can provide this. (A 16 ounce bottle of 3% Hydrogen Peroxide will cost approximately $1.41 at Walmart. Hydrogen Peroxide is a mild antiseptic but, as with all over the counter products, refer to the label for actual usage or talk to your doctor first.)

Vaseline body gel is mineral oil based but also includes hydrogenated styrene/butadiene copolymer (a non-hazardous non-aqueous film forming viscosity increasing agent) , theobroma cacao seed butter (a non-hazardous skin conditioning / skin protecting agent) and some fragrance. One drawback is that a look through Vaseline’s product reviews shows that this might cause itching and rashes on those with sensitive skin so use with caution the first time.

HOW WELL DOES IT WORK?

Unlike the regular opaque white body creams on the market, this gel works much better, and, in my opinion, outperforms several of the mainstream specific chamois creams. The Vaseline Body Gel Oil is thick enough so that it stays in place during an entire ride. Some of it does get absorbed, but even after a 2 hour ride, enough of it remains that you are still being protected from chafing. I apply a fairly thick layer on days when I do spinning intervals.

Doing 2 sets of 30 minutes at 120 rpm with bursts up to 135 rpm is like adding an extra 60 miles to where you contact the saddle. The first time I did this workout I used a thin cream that was absorbed right away and the outcome was that I was rubbed raw! So, the next time I did spinning intervals, I used this body gel and had no further problems with chafing.

The one drawback is that on longer rides, a lot of the gel seems to get absorbed

A second product that also works very well is Coconut Oil. I bought the smallest size of premium coconut oil I could 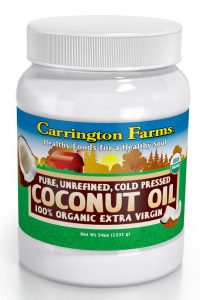 find – 54 oz! There are quite a few different grades of Coconut Oil. Organic, Virgin, Extra-Virgin, cold-pressed, etc., etc. Since we are not cooking with it, pick up any premium grade such as CARRINGTON FARMS. It’s listed as a Pure, Unrefined, Cold Pressed 100% Organic Extra Virgin COCONUT OIL. Cost is $23.30 for a 54 oz jar.
Coconut Oil is primarily used as a skin emollient, although the Internet is full of articles and blogs such as “101 uses for Coconut Oil”. If you do use this for cooking, you might want to consider;
1) Virgin vs Refined
2) Processing Methods
3) Organic vs Conventional
4) Glass Container vs Plastic jars
But we’re talking skin emollient/chamois cream, not cooking. Any of the premium coconut oils that you find should be fine.
view on Amazon

HOW WELL DOES IT WORK?

At a room temperature below 75 degrees F, coconut oil is fairly solid, but, at 76 degrees F, it liquifies. To use, scoop a dollop out of the jar and spread on your bottom, specifically on each sitz bones and between the legs. Once applied, it quickly turns into a liquid. Warning: DO NOT apply over flooring that is difficult to clean as it will drip when warmed. Apply liberally then immediately pull your bibs on.
For my next spinning drills training ride, I used coconut oil. Initially, it didn’t seem that the coconut oil protected as well as the VASELINE, but, it actually turned out that the coconut oil stayed on longer. The apparent difference is that some of the Vaseline Body Gel seems to get absorbed more quickly, whereas the coconut oil doesn’t. The coconut oil stays on and keeps protecting the skin even after the Vaseline Gel has been absorbed.

SO WHICH IS THE BEST?

I’m using the Vaseline on spinning days and coconut oil for all other rides. Spinning and one-legged drills usually last no more than 90 minutes and the Vaseline will stay on the skin for that length of time. For longer base-mile / endurance rides of 3-5 hours, coconut oil is still on the skin and is the better choice.

Since the prices for the Vaseline and Coconut oil are very reasonable, I recommend to try both out on each type ride you do. You will be pleasantly surprised at how well these work. 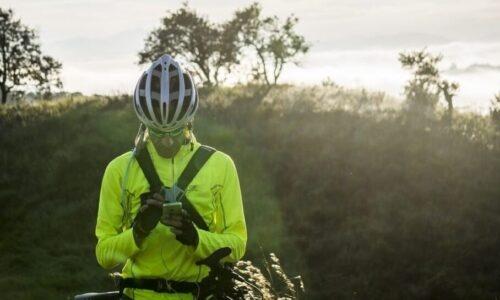